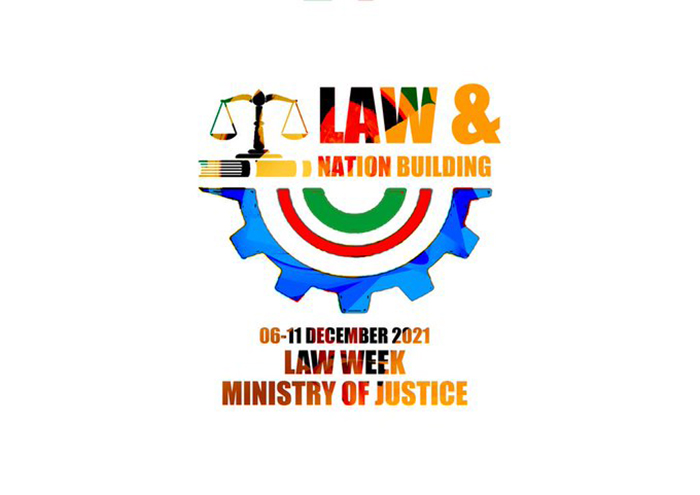 Nation building is a complicated task that demands total dedication and commitment. A nation built on solid foundations can hold still even during the turbulent of times. Nation building is a process that has to be taken step by step, involving primarily the strength of the youth, the wisdom of the elders and the curiosity of children. Words alone cannot describe the complex nature of building a resilient nation, but there is no doubt that law plays a significant part in nation building.

A glance at Eritrea’s customary laws, both documented and undocumented, helps us understand that they regulated even the smallest details of societal norms. The way one talks, dresses, greets, addresses others and even manners of eating on public occasions were all covered in the customary laws. The society back then looked like its customary laws and the customary laws looked like the society. Law was considered divine and, hence, being obedient to the law was evident. And if there were ambiguities in the law, people would ask for new laws to be issued as soon as possible. It was the duty of every citizen to respect the rule of law. Laws built our identity. We can understand from various Eritrean proverbs that respect for the law was immensely visible.

Subsequent national and international laws had a direct influence in shaping Eritrean history and behaviour. Borders were determined by Italian agreements with imperial Ethiopia. The United Nations decision in December 1950 to federate Eritrea with Ethiopia also did its part.

The usage of customary laws was tolerated by both the Italians and the British but was banned Ethiopian rulers. It is not difficult to imagine the impact that such law-related processes had on the identity and behaviour of Eritreans. The referendum, another pivotal legal process conducted in 1993 when the Eritrean people overwhelmingly voted for independence, is proof of how Eritreans preferred final settlement through legal means. The Eritrean state’s unwavering stand to abide by the decisions and awards of the international tribunals established to settle its border disputes with its neighbouring countries is another testament to such a behaviour.

Law can be considered as the establishing, standardizing and limiting binder of all nation building components. It is not a component, per se, but is the base for other components of nation building. Obedience to the law is a cultural heritage of the Eritrean people that has to be transferred from generation to generation. To succeed in adopting this heritage and adopt it as a national tradition, we have to ask ourselves some questions. How many of us realize that law is a vast topic that goes beyond arguing in courtrooms? Do we have the basic knowledge of our Eritrean laws? Do we still have the

national culture of showing ambition to know and abide by our laws? Do we, as in the past, look like our laws and do our laws look like us?

To date, 312 legal instruments, more than 6,000 pages, have been promulgated by the Eritrean government. Law is present in every single activity of building the Eritrean nation. A project to consolidate these national laws has divided Eritrean laws into 39 categories, ranging from the establishment of the government to the processing of international loans, agriculture to health, banking and finance to transportation, public finance to fisheries, environment to labour. By regulating each of these sectors, Eritrean laws serve as the base for the efficient utilization of all the components of nation building.

The consolidation project intends to make the laws available to the public and the international community through print and electronic means available on the Internet. Aggressive public campaign activities need to accompany such efforts to engage the wider Eritrean community not only to know and appreciate Eritrean laws but also to be involved in the justice sector through, for example, an institutionalized process where select cases will be allowed to be settled at the level of the community subject to judicial approval.

It is in this spirit of contemplating the role of law in crafting the Eritrean identity and history as well as its place in the nation-building process that the Ministry of Justice and the wider legal community is conducting a ‘Law Week’ (6-11 of December, 2021) under the theme “Law and Nation Building.” The activities held in the week include seminars, discussion forums, giving free legal services all over Eritrea, webinar with the Eritrean diaspora community, and a public exhibition displaying parts of Eritrean legal history through the use of charts and other visual instruments. A legal knowledge competition has also been held to test the public’s awareness about legal matters. The social activities conducted include blood donation, planting of trees and a cycling competition.

Elementary, junior and secondary school students were brought to the exhibition, shown an animation film prepared especially for them and were allowed to interact about their knowledge and understanding of the law and its role in their lives. Extensive media coverage was given to the ‘Law Week’ which was reported and discussed at the Ministry’s social media account. The message intended to be communicated through this week, which is the beginning of many activities to follow, is clear: Law has been, is and shall continue to be the base of Eritrea’s nation building process, and every member of the Eritrean public needs to maintain the curiosity to know and persist in the age-long tradition of abiding by the law. And once again, the question we need to ask is: “Do we look like our laws and do our laws look like us?”