When the past becomes the present! Dr. Tesfay Aradom 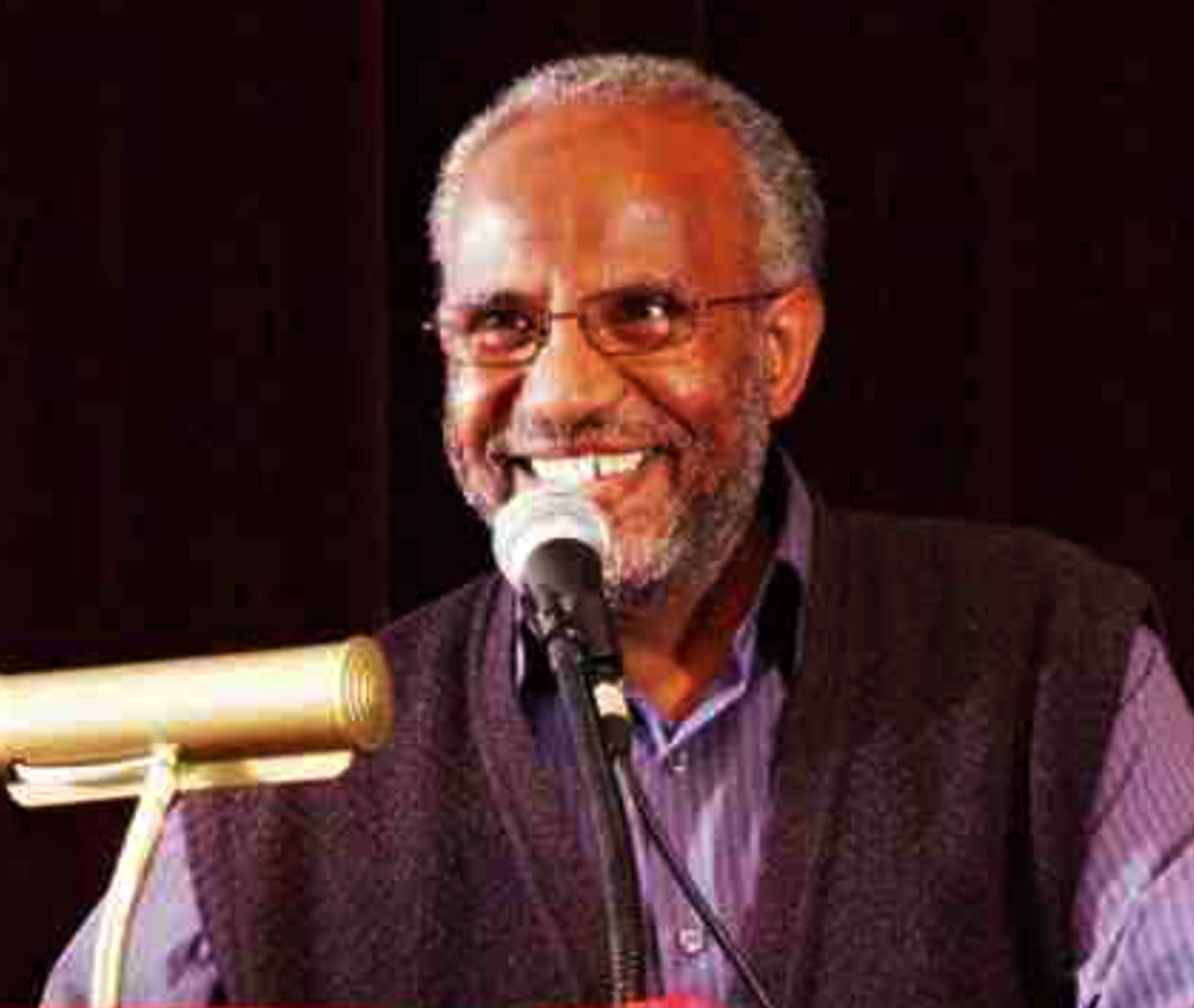 A brief account of an eighty-year history of Eritrean resilience and unremitting Western conspiracy !

“ I conclude that Eritreans will meet these challenges with the same determination and resourcefulness that characterized their long struggle for international recognition as a sovereign nation” (Pateman, 1998)

Having overcome countless obstacles and foiled relentless regional and international conspiracies for the last eight decades, the Eritrean people and government have situated themselves in an unprecedented favorable diplomatic, political, financial and military position. As such, the government of Eritrea is well poised to consolidate its hard earned gains and pursue its national reconstruction and social justice programs with more vigor and resolve. Therefore, it is incumbent upon every Eritrean to hone his or her historical insight into the unique political, social and psychological experiences that produced a strong state and resilient people.

An objective analysis of the history of powerful nations would reveal a long history of racism, persecution of minority populations and oppression of peoples in far-away lands with the of aim of an unfettered exploitation of their human and natural resources. In worst case scenarios these nations committed acts of genocide against indigenous populations to advance and protect their geopolitical and economic interests.
For the last eight decades, Eritreans have been subjected to appalling injustice and persistent political, diplomatic and economic conspiracies at the hands of colonial and superpowers of various stripes and their regional stooges. In defiance of challenging historical experiences stacked against them Eritreans gradually forged a unique national character that is currently reflected in their resilience, tenacity, self-reliance and unflinching commitment to high moral standards. A high level of political consciousness and effective organizational skills have been, needless to say, key contributing factors to the current subjective and objective conditions in Eritrea and among Eritreans.

Italy’s racist policy and actions in Eritrea have been well documented. For instance, in the late Nineteenth-century sadist and rabid Italian officials and officers went on a campaign to hunt, detain, torture and kill innocent Eritreans in Massawa based on fabricated charges of political subversion (Bruner, 2017). As the British retained much of the Italian colonial system and personnel, a willful collusion with the Fascist Italian officials in the commitment of additional unprovoked atrocities against innocent Eritrean civilians was common practice (Almedom,2006). From the outset, it was became clear that the intention of the British was not to liberate nor advocate for the self-determination of Eritrea. Upon their victory against the Italians in Keren in March of 1941, the British officials displayed a condescending at best and a visibly racist behavior at worst toward Eritrean civilians who, true to their tradition, greeted them with immense deference and kindness. The betrayal of trust that the British displayed towards the Eritrean people is demonstrated by the content of the leaflets they were disseminating(Pateman, 1998) “ Eritreans ! You deserve to have a flag ! …. This is the honorable life for the Eritrean; to have the guts to call his people a nation”

The unprovoked violence against innocent Eritrean civilians continued unabated even during the BMA as illustrated in the Aba Shawl incident of May 1941 in which dozens of innocent civilians were terrorized and murdered in a house to house raid (Almedom, 1996). Furthermore, the British seemed bent on destroying Eritrea both as a political and economic entity. For instance, in August of 1944 Stephen H. Longrigg, the Administrator of the BMA, wrote a highly provocative editorial opinion piece entitled “ Some thoughts on the future of Eritrea” in the Eritrean Weekly News (EWN) under an assumed authorship of “Hade Eritrawi”, An Eritrean (male) falsely claiming that he was an Eritrean highlander. In the article, among other outrageous options for Eritrea, he shared his own preference by concluding that: “ …. The middle and highland part of Eritrea with its Tigrigna-speaking inhabitants should be united with Ethiopia and receive British aid and support…. The people of the lowlands would probably be happy and grateful to be joined with the people of the Sudan” (Almedom, 2006)

As was the case in other British colonies1, Longrigg’s malicious intent was to sow discord among Eritrean nationals through a “Divide and Conquer “ strategy. Some actually suspected Ato Woldeab Woldemariam, the editor of the Tigrigna edition of the newspaper, as the author of the infamous and incendiary letter (Almedom, 2006). British obsession to destroy Eritrea became insatiable as it methodically undermined its relatively vibrant economy by dismantling its main industries and infrastructure. These political and economic steps taken by the BMA had as their main objective the destruction of this nascent nation and thus “prove” to the international community that it cannot be a viable nation and state. However, such obstacles did not preclude Eritreans from forging a fledgling but discernible sense of national sentiment developed through a persistent struggle against racial discrimination and colonial oppression.

Unable to make headway with its malicious intent, it proceeded to devise another devious plan aimed at literally mutilating the country and undermining the Eritrean people’s sustained resilience to forge an Eritrean nation-state. With the knowledge and full support of the US Administration, the Foreign Ministers of the UK and Italy, Ernest Bevin and Count Carlo Sforza respectively introduced the Bevin-Sforza plan to the UN General Assembly on May 10, 1949. As for Eritrea, the plan proposed the partition of the country between the Sudan and Ethiopia. Although several versions of the plan were voted on, a definitive recommendation on the future status of each former Italian colony could not be arrived at. Finally, when a decision was made to vote on the plan in its totality it was rejected by 37 votes against, 14 in favor and 7 abstentions. While the real intent was to try to wipe Eritrea off the face of the earth, the preposterous British “rationale” was articulated in the following statement that can be found on page 14 of a memorandum written by the Secretary of State Affairs to the British Cabinet on the 18th of April, 1946 ( AGE, 2010)
“ Eritrea is…. ethnically disunited and economically non-viable, there is no good reason for preserving it as an administrative unit under any form of administration, whether under Individual Trusteeship or restored Italian rule. The right solution would seem to dismember it along natural lines of cleavage.”

The British became very incensed in the aftermath of the Bevin-Sforza plan fiasco and proceeded to formulate plans that would make it impossible for the emergence of an Eritrean nation-state. So, on September 6, 1950 in a British Cabinet meeting Chaired by the Prime Minister the following absurd statement was formulated (AGE, 2010)

“ It had become clear that there was no likelihood of the adoption by the United Nations of the solution which the United Kingdom Government had hitherto advocated…… should the Interim Committee [of the UN] reject the draft resolution [for the federal arrangement], the Government should remain free to return to advocating the former policy of partition”

Needless to say, the above stated historical accounts clearly demonstrate an obsessive British desire and more generally a devious Western conspiracy to, literally and symbolically, mutilate the country and kill the increasingly cohesive Eritrean nationalism. When the plan to dismember Eritrea failed, the Western countries led by the US administration introduced a Federal Arrangement against the expressed wishes of the Eritrean people in order to benefit , as JF Dulles clearly put it, the strategic interests of the USA. Eventually it became obvious to all Eritreans that the UN proposal was nothing but a ruse to gradually eradicate both the collective national consciousness, and the modicum of statehood necessary for Eritreans to seek and exercise their inalienable right for self-determination. It is worth noting that, by this time, Eritreans had forged a cohesive national consciousness and amply demonstrated their potential to run their own affairs. Soon after the UN General Assembly voted to federate Eritrea with Ethiopia in December of 1950, Haile Sellasie’s ravenous desire to gobble up Eritrea had become apparent. He committed several violations of the Federal Acts in a blatant defiance of the international community. To cite just a few examples: lowering of the Eritrea flag, placing strategic administrative structures under firm Ethiopian control and imposing Amharic, an alien language to Eritreans, on the population.

However, as the Eritrean struggle for self-determination intensified and became increasingly popular, the Emperor, most likely in complicity with his American advisor, John Spencer, decided that it was time to illegally abrogate the Federal Acts. Eritrean resistance was met with a sustained and pervasive campaign of intimidation and violence by Ethiopia and Eritrean militias favoring union with Ethiopia. According to (Pateman,1998), the British Foreign Office determined to dismember, kill and erase Eritrea from the map, sent Frank S. Stafford to Eritrea in order to disrupt the pro-independence campaign. On November 13, 1962 a motion to dissolve the federation was defeated four times in the Eritrean Assembly. It had been surrounded by the Ethiopian Second Division under the command of General Abbiye Abebe and, therefore, took no vote on November 14. Instead, Asfaha Woldemichael, the Emperor’s right hand man in Eritrea, merely read a statement in Amharic prepared for the emperor several weeks in advance by his American advisor requesting the Assembly to dissolve the federation and unite Eritrea with its “motherland” Ethiopia.