TPLF’s War of Insurrection: Fundamentals of the Conflict and Chronology of Events 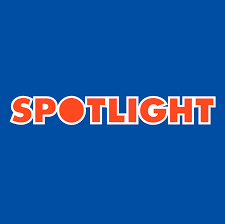 o   The costly war that has raged in Ethiopia for the last 18 months could and should have been avoided in the first place.

o   Unfortunately, the situation has been, and remains, compounded by the unwarranted position of certain powers – especially the US – in their inexorable quest to salvage the TPLF and whitewash its high crimes of War of Insurrection and regional destabilization.

o   The origins of the war, the TPLF’s sole culpability, as well as, the grave danger to regional peace and security that it posed were never ambiguous by any stretch of imagination.

o   The fact is the TPLF launched pre-meditated, massive and coordinated attacks on all the positions of Ethiopia’s Northern Command on the night of November 3, 2020. TPLF wrongly believed that it could neutralize the Northern Command, and seize all its heavy weaponry which constituted 80% of Ethiopia’s total arsenal in its ‘blitzkrieg’.

o   In launching its war of choice, the TPLF’s twin objectives were to seize power in Ethiopia and to pursue its hostile agenda “of territorial expansion” against Eritrea.

o   The historical dilemma to Eritrea is TPLF’s dualist agenda which consists of: i) territorial aggrandizement by incorporating some sovereign Eritrean territories to expand the land mass of the Tigray Region when it retained dominant power in Ethiopia as was the case until 2018; and, ii) Secession (Residual Plan B) if its political, economic and military dominance in Ethiopia is irrevocably reversed.   Implementation of Residual Plan B involves “annexation of most of the highlands and large parts of the eastern lowlands of Eritrea” to create “Greater Tigray”.

o   In this perspective, we must take stock of the existential threats that the TPLF had posed to Eritrea for 20 long years. The 1998-2000 vicious “border war” that cost over 150,000 lives; TPLF’s rejection of the EEBC Award in 2002; and its continuous agenda of “regime change” and intermittent offensives thereafter, were unleashed as a result and in dogged pursuit of, its first objective of unlawful territorial aggrandizement as outlined above.

o   In Ethiopia, the TPLF pursued a policy of ethnic institutionalization which, as subsequent events have illustrated, was fraught with the risk of fomenting perpetual internal polarization and internecine conflict.

o   Against this backdrop, the 2018 Peace Agreement was a water-shed moment. Its aim was to re-launch Eritrea-Ethiopia ties on a new footing.  But while this auspicious development engendered hope and optimism in Eritrea, Ethiopia and the HOA region as a whole, the TPLF chose the ignominious role of a political outcast to literally block and scuttle the peace process from the outset.

o   As stated earlier, what has and continues to compound the complex political jigsaw is the unwarranted position of the US.

o   First off, the portrayal of the conflict triggered by the TPLF’s War of Insurrection was, and continues to be, distorted by crafting a new, fallacious narrative. To this day, the war continues to be described in neutral terms, and at times as if it was launched by the Ethiopian Federal Government, in virtually all main stream media outlets and in executive/legislative branches of most western governments. Indeed, the unanimity and “tunnel-vision” of western media outlets belie an over-arching US strategy that has evidently used all its networks and alliances to impose the “Revisionist Narrative”.

o   False specters of “ethnic cleansing, genocide, blockage of food aid etc.”, continue to be floated to prompt and justify unwarranted external interference.  In this despicable campaign, and especially in regard to food shortages and/or delivery, these powers conveniently gloss over TPLF’s deplorable acts that have created and exacerbated the food situation in the first place.  The fact is the TPLF unleashed its War of Insurrection in early November 2020 during a critical harvest time.  Furthermore, the TPLF launched its second round of massive attacks – through costly human waves – against the Afar, Amhara and other Regions in Ethiopia in June last year during the onset of the main rains and at a time when the Federal Ethiopian Government had declared a unilateral ceasefire. The TPLF forcibly requisitioned over 1000 WFP trucks for two months from July until September last year and used them in its reckless military adventures. One must also recall TPLF’s extreme callousness in creating and perpetuating a dire food situation in the Tigray Region in which 1.6 million poor farming households were relegated to eke subsistence living on handouts from the Global Safety Net for 13 long years since 2009.

o   The TPLF is these days engaged in endless saber-rattling for a third-round of reckless military offensives in Ethiopia as well as against Eritrea.  It is using food aid for military conscription purposes.  But as it was the case in the past, TPLF’s perilous policy remains outside the radar screen of its major Enablers and their media networks whose primary obsession has been and remains the resuscitation of this destructive force.

o   Indeed, for these powers, the game in town has been, and remains, imposition of illicit and unilateral sanctions, especially against Eritrea, while extending support to, and propping up, the villain.