The Associated Press (AP) The Perjurer of Truth 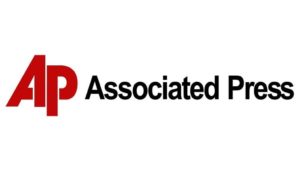 The AP published a story on 18th February 2021 entitled, ‘Horrible’: Witnesses recall massacre in Ethiopian holy city. The reporter claims to have interviewed ‘eye’ witness accounts of the killing of 800 hundred Christians in the church of Mary of Zion located in the city of Axum in Ethiopia.

The manner in which the article was written was a blatant attempt to deceive the gullible western reader. The reporter wrote about scenes in the city of Axum with the authority of that of an eye witness, despite not being anywhere near the city. In her deception she failed to make it clear that she was not in Axum and what she was describing was nothing more than hearsay at best and a figment of her imagination at worst.

The reporter claims to have spoken to eye witness ( it is unclear how she did this, whether it was over the phone or some other way), one of which was supposedly a deacon at the church who had managed to escape while 800 of his congregation were massacred. The less informed and the gullible, might accept this story at face value, after all western society has over the years been primed to think that African armies are capable of committing the most insane and the most horrific acts.

Although I do not know whether the reporter who wrote the story is able to speak any of the Ethiopian languages spoken in the city of Axum, it is safe to assume that she doesn’t and has to rely on translators. Which makes the gathering of information that much more difficult.

The story was published on 18th February 2021, but it is known that the reporter did not have any eye witnesses she could interview and had not yet started to gather the material for her article on 14th February 2021. This information is gleaned from a face book account of the chief TPLF propagandist, in which he states on 14th February 2021, that the AP reporter was thinking about writing an article about the Axum ‘massacre’ and was looking for witness she could interview. From this post it can be seen that the witness that the AP reporter is alleged to have been interviewed were provided by the TPLF itself, a fact that she had failed to mention in her article and one that casts serious doubt about her objectivity. No where in her article does she state that it was the TPLF that helped her with writing her article, for she knew that such an admission would discredit her. Bearing in mind the language barrier, the fact that the reporter is thousands of miles away from Axum, is unable to verify the identity of the witness, and carry out the very rudimentary of checks to verify the veracity of the accounts she was being fed, it is safe to assume that the reporter has either unwittingly or consciously availed herself to be used by the TPLF in propagating a story which is intended to arouse religious sensibilities to create chaos and unrest in the region and to stoke hatred against Eritreans.

Apart from trying to pour fuel on a smouldering fire, the intent of the article was a pathetic attempt to besmirch the good name of the Eritrean army by claiming that it was had carried out the massacre. The problem with this accusation is that, firstly as stated by both the Ethiopian and Eritrean governments, there are no Eritrean troops in Ethiopia. Secondly, even if one was to entertain the lie that Eritrean troops were in Ethiopia and they had carried out a massacre of such a scale in one of the holy places of the Orthodox church, how could the Ethiopian government remain silent while its citizens were being slaughtered. If the killings in the church were true, how could the Ethiopian Orthodox church remain silent? Even if the church was to ignore such an atrocity, how could the Ethiopian Orthodox Christians remain silent? Then there is the matter of the Eritrean Orthodox church and the millions of Orthodox Christians in Eritrea, which would have found abhorrent the idea that their own soldiers would commit such an act on one of the places they hold sacred.

The story published by AP is an indication of how low the western press will go to see that conflict, strife, unrest and death prevail in Africa. To the western media, African lives are expendable and they believe that Africans are not entitled to live in peace and harmony.

Eritreans have known for a long time that the western media is alien to the truth, but since November 2020, Ethiopians and the rest of the Horn of Africa, have been able to see the western media for what it is, a heinous monster with an insatiable appetite for innocent African blood.

Tags: The Associated Press (AP) The Perjurer of Truth