Joint Press Statement of Ethiopians and Eritreans in Switzerland, organizers of the rally in Geneva on the 25th of November 2021 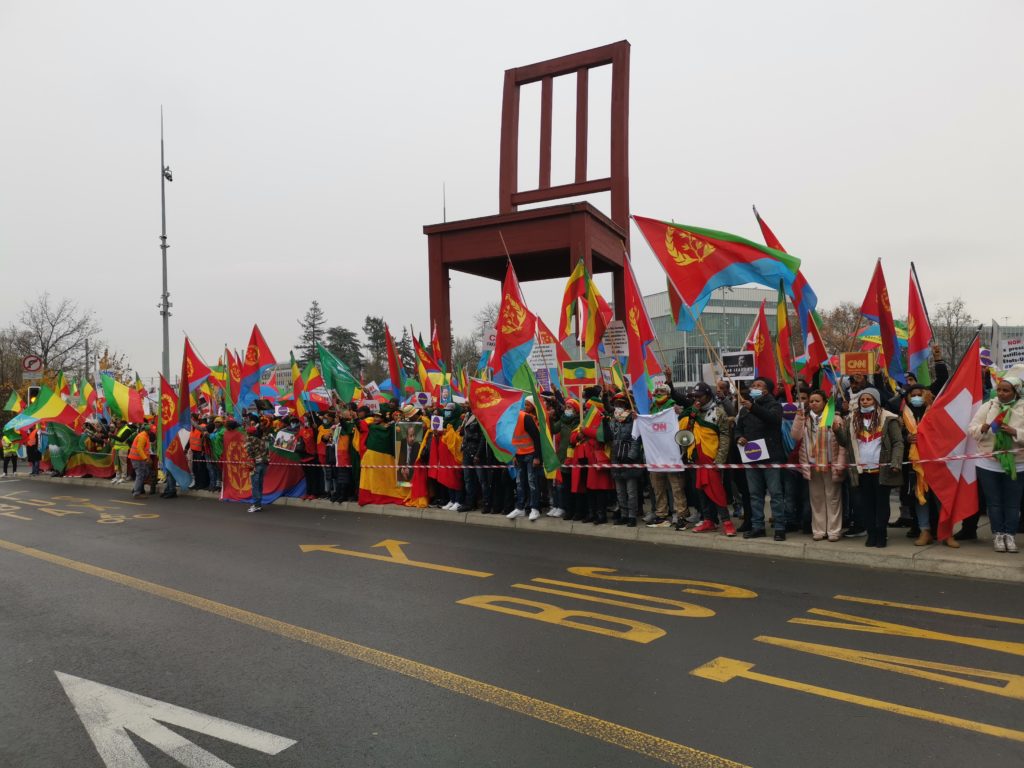 We, Ethiopians and Eritreans in Switzerland, having peacefully rallied on 25th of November, 2021 at Place des Nations in front of the United Nations to express our concern on the policies relating to the current situation in Ethiopia.  We extend this call to all peace-loving citizens to join our appeal and condemn the attempts to destabilize Ethiopia through emboldening the criminal clique. We are equally concerned about the scapegoating and demonization of Eritrea to cover up the crimes of the terrorist group.

We wish to draw the attention of the permanent Mission of the United States and the Permanent Delegation of EU in Geneva, the High Commissioner for Human Rights and the diplomatic community in Geneva on the following facts:

Tags: Joint Press Statement of Ethiopians and Eritreans in Switzerlandorganizers of the rally in Geneva on the 25th of November 2021