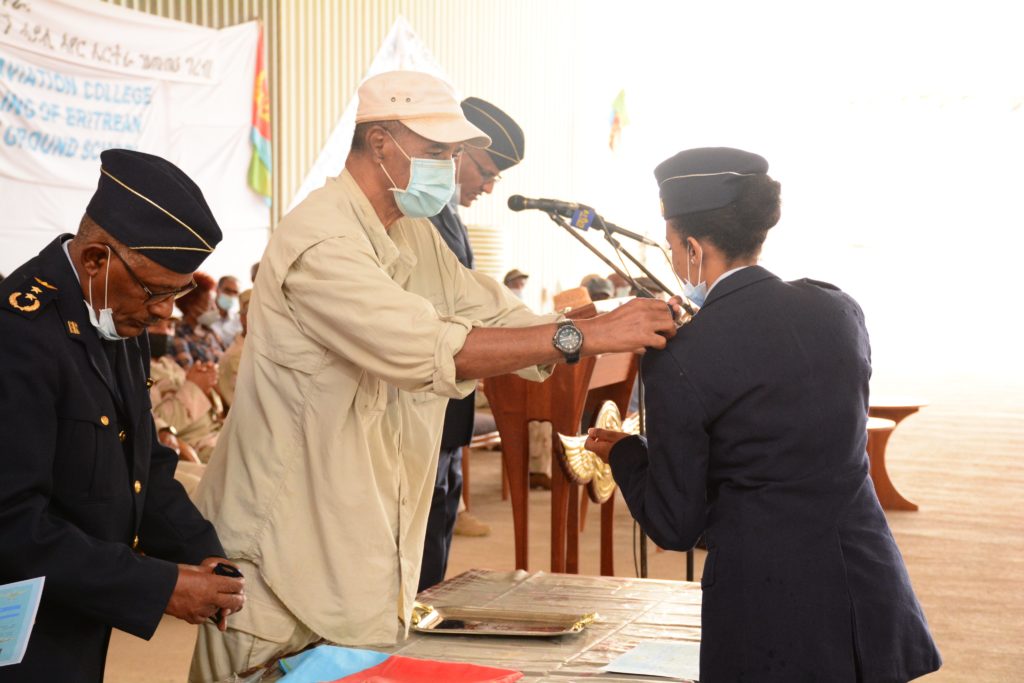 In its first commencement held at the Fenkil Air Force Base in Massawa, the College of Aviation of Eritrea conferred today, 25 February, Advanced Diplomas for graduates in the presence of President Isaias Afwerki.

The graduates were provided three years of theoretical and practical training in three programs including Pilot Training, Aircraft Maintenance, as well as Electronics and Radar Maintenance.

In his keynote address on the occasion, President Isaias Afwerki congratulating the trainees and parents as well as the Commander of the Eritrean Air Force and others that contributed to the program, underlined that the Government of Eritrea will funnel greater resources, and pursue redoubled efforts, professional training and research in the Aviation and other industries as human capital constitute the most critical national asset. 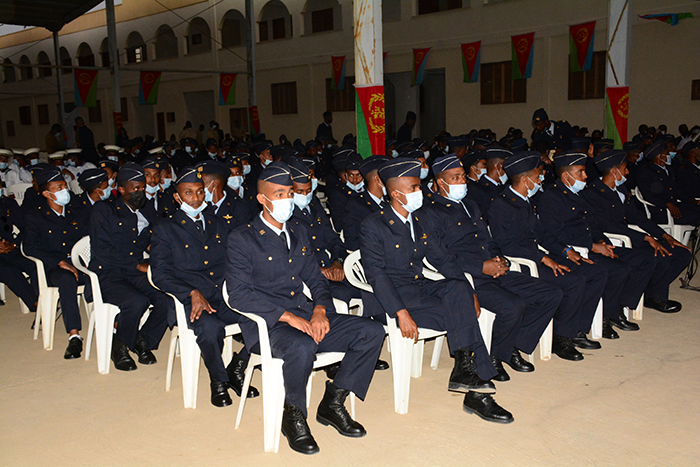 The Commander of the Eritrean Air Force, Maj. Gen. Teklay Habteselasie on his part said that the graduation event makes it special for it is conducted at the commemorative week of the 32nd anniversary of Operation Fenkil.

Maj. Gen. Teklay also said that the event beyond its historical precedence and meaning signifies the bright future and readiness to effectively carry out future assignments and missions.

Commending for the substantial investment the Government of Eritrea is making towards human capacity development, the representative of the graduates expressed conviction to play due to part in the aviation development of the country.

On the occasion, members of the Air Force that were provided training on Seamanship in cooperation with the Ministry of Marine Resources were graduated with certificates.

At the graduation event that was attended by Ministers, Army Commanders, Governor of the Northern Red Sea Region, and other invited guests, rank promotion was awarded to exemplary Officers, Pilots, Technicians, and Instructors and a certificate of recognition to those that made a special contribution.