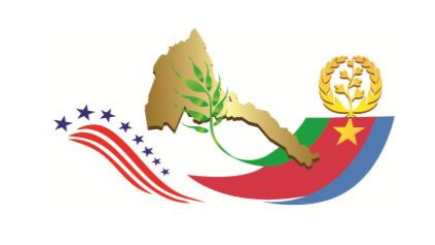 We are profoundly dismayed by the Executive Order President Joseph R. Biden Jr. signed today, September 17, 2021. The executive order is based on disinformation orchestrated by the TPLF and their enablers whose reports are based on this group’s fabrications and words of certain NGOs whose reports are based on this terrorist group’s lies. The sole goal of the executive order is to throw the terrorist group a lifeline and to resurrect it from the near-death condition in which it finds itself today.
Ethiopia, as a sovereign nation, has designated the TPLF terrorist due to its repeated seditious military acts and genocidal activities against innocent civilians. Similarly, Eritrea, despite the repeated unprovoked terrorist attacks by the TPLF, has continued to be a stabilizing force in the region. Hence, It is unbecoming for a superpower that wields strong international diplomatic and economic clout to enable a
terrorist organization that is determined to destabilize the Horn of Africa and hellbent on pitting ethnic groups of the region against each other to prolong its life.
The executive order collectively and concurrently aims at punishing the victims in this conflict while whitewashing the acts of perpetrators. The victims are the peoples of Eritrea, Ethiopia and all the greater Horn of Africa, whereas the perpetrators are the leaders and enablers of the TPLF who have caused unprecedented damage both in terms of human loss and property damage during the period when they had absolute power and since they were deposed by popular revolt in 2018.
Bringing pressure to bear on Eritrea and Ethiopia to appease and embolden a terrorist organization that has continually destabilized the region and fostered enmity among Ethiopia’s ethnic groups as well as
those of the rest of the Horn will have dire consequences on the region’s long term political, diplomatic, economic and security conditions.
Inevitably, such a policy of appeasement will wreak havoc on the long-term security and Foreign policy interests of the United States. It is indeed mind boggling to see the United States of America standing on the side of a terrorist-designated group, the TPLF; the lip service to unity of Ethiopia notwithstanding, it is curious what the USA stands to gain by supporting a group that is determined to balkanize Ethiopia by creating Bantustans and redrawing international boundaries to serve a hidden agenda to eventually to establish a statehood of Tigray. It looks the Biden administration is ready to repeat the mistakes of previous US administrations that stood on the wrong side of history in a number of Countries (apartheid in South Africa, Angola …etc). Therefore, it is incumbent upon the US to condemn TPLF’s adventurous military activities and support Eritrea’s right to defend its sovereignty from a group that had openly declared its intention to invade Eritrea and had launched dozens of rockets into Eritrea’s population centers.
We therefore urge the President to revoke the ill-advised executive order which will only embolden the TPLF which is determined to sow chaos, cause death and destruction and lead to instability and further fragmentation. What part of this serves United States interest?