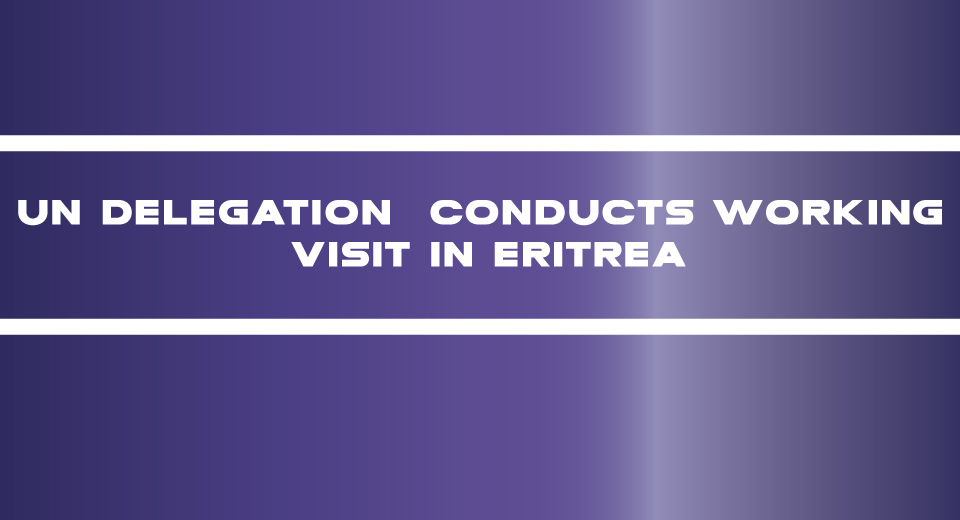 During its stay in Eritrea from 18 to 19 October, the UN delegation met and held talks with Mr. Osman Saleh, Minister of Foreign Affairs, Dr. Gergis Teklemicael, Minister of National Development, Ms. Amina Nur-Husein, Minister of Health as well as with heads of NUEYS, NUEW and College of Health Sciences, focusing on bilateral relations and the progress of the peace process between Eritrea and Ethiopia and its contribution in the development of the two countries.

During his meeting with the UN delegation, Minister Osman Saleh indicated that the Government of Eritrea has been exerting strong effort believing that peace is the foundation for all development initiatives, and that the peace

agreement reached with Ethiopia and other countries will have significant impact in the region. Minister Osman also called on the United Nations to support the initiative and play its due part in the development programs and mutual cooperation.

Mr. Dereje Wordofa on his part congratulating for the peace agreement reached between Eritrea and Ethiopia, expressed his expectation that the agreement will positively influence the Horn of Africa.

At a meeting with the Minister of National Development, Dr. Gergis Teklemicael, the UN Assistant Secretary General expressed his appreciation for the progress Eritrea has registered in the sectors of health, education, agriculture and in other sectors as well as the cooperation it is conducting with the UN agencies through the “Strategic Partnership Cooperation Framework 2017-2021”.

Indicating that nation building is a long process and requires commitment and proper planning, Dr. Gergis said that the Government of Eritrea is working by integrating resources to meet the Sustainable Development Goals 2030”.

The UN delegation accompanied by Ms. Amina Nur-Husein, Minister of Health, visited the Fistula Treatment Center in the Southern region Referral Hospital as well as the Maternity Center in Adi-Quala Community Hospital and was provided briefings on the activities of the hospitals.