The race in pictures (Pic-Gallery) 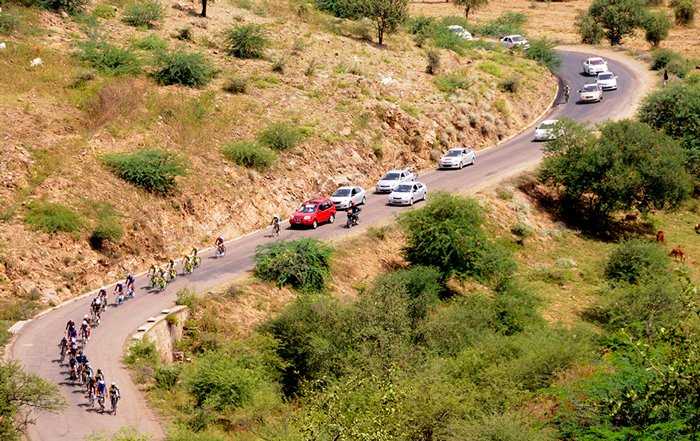 On the instigation of the Tour of Eritrea 2016, early morning today, at 8:00 local time, 8 biking teams lined up at the beginning  line, in the town of Foro.

The participating teams are three from Eritrea, the third being the National team, followed by national teams of Sudan,Rwanda and Egypt. Amore Vita of Italy, Stradalli – Bike Aid from Germany of which three Eritreans Meron Amanuel, Meron Teshome and Amanuel Menghis are members.

All in all, 44 riders are participating in the race of which the winning prize is 27,000 dollars.

Today’s Fenkil Challenge is a one day race, at the 1.2 category, according to UCI’s parameter. The route covered 113 km, extended from Foro to Ghindae, though a flat race,two uphills were present at the route of the Dongolo laliai and Dongolo tahtai areas.

13kms away from the beginning time a breakaway occurred. The group that started off with 44 riders got divided in two with a leading group of 15.

The leading group was formed by 3 riders from the Eritrean National Team, 3 of Tsinaat,3 of Salina, 2 of Amore E Vita, 2 of Bike Aid and 2 of Rwandan National Team. They showed fast advancements with great speed, remarkably parallel, until Hirgigo town, leading the way at a time gap of 0:1:30 second ahead the peloton.

However, 5 riders that pedaled as if they favored the Fenkil Challenge’s flat route, got detached from the leading group in Hirgigo, forming a new leading group that kept its speed still until Dongolo Tahtai.

One group after another, the 44 riders reached Massawa, after 27 km of pedaling in an hour and 5 minutes, in three groups.

70 kilometers away, the leading group of 5 started enlarging the time gap with more speed, meanwhile the two following groups teamed up in one peloton.

The Dongolo area presents a couple of mountings. That is where the riders had to push and steer harder, and climb the 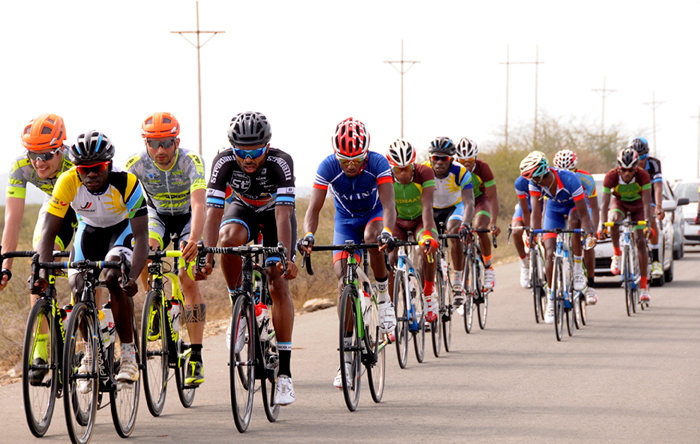 revelation of Dongolo area. Dongolo changed the flatness of the route they dashed trough from Foro, to Massawa up until the starting of Dongolo area’s route.

As such in Dongolo tahtai, the time gap between the groups declined to 1: 00: 00 minute. The leading group slowed down while climbing.At the same time, 1:00 minute away the now new amalgamated peloton speed up as riders from the Rwandan National Team pedaled tactically, forcing the rest to keep up to their own beat of speed: it was Rwandan speed or nothing!

In the mid of the uphill the leading group of 5 got cut dawn to 3: Yonas fisahaye from Salina and Amanuel Menghis of Bike Aid were left behind. Eventually being joined by the swift of speedy riders of the peloton.

In a little while, the Rwandan team showed further synchronized energy, setting new time and speed of their own, which prompted the peloton to velocity; as a result, all of the groups clustered in in one big group for few Kilometers.

Next to one more climb of the Dongolo Lailai area the big group got divided again.

A new leading group was formed, however Kibrom Mahari from Tsinat escaped, being the new sole leader. He was, after some time, joined and overlapped by Michael Habtom and Million Amanuel, trailed by Jeaun Claude of the Rwandan Team and Adhanom Zemikael of Tsinat.

Towards the end Jean Claude of team Rwanda could not keep up pedaling with the leading team, he was left behind letting a noticeable gap keep him away.

The final leading group arrived at the finish line led by Mihael Habtom, at 11:00:00 am, at Ghindae town. The remaining riders followed consecutively.

The event concluded with the award of a yellow Jersey to first place holder Michael Habtom of Salina, Blue to Adhanom Zemikael for ‘best under 23’ and white for ‘best foreigner raider of the day’: Jean Claude of Rwanda.

Trough out the whole racing route both riders and fans from all sundry showed great passion despite the heat and little ventilation. No doubt the following races of the Tour of Eritrea2016 are fervently anticipated