This Time Of The Season in Eritrea 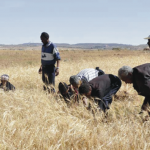 According to the Eritrean calendar September, October and November are months in which the Eritrean farmers are fully engaged in harvesting what they cultivated during winter, the long rainy season. During this months winter is replaced with the season we call autumn (Tsedei in Tigrigna language). Last winter there was bounty rainfall in almost all parts of Eritrea and farmers were able to cultivate variety crops. The Eritrean economy is more dependent upon agricultural production. Over 70% of the population lives in the rural areas and conducts substantial agricultural production, where as others are estimated to traders and workers. Hence it is natural that the majority of the population to expect the agricultural products they toiled for almost for the entire year.

In Eritrea all citizens above the age of 18 have the right of land tenure for farming in the place they live. This right has been in place since the years of the struggle for independence. Farmers have plots of land in which they could cultivate variety of crops.

Agricultural activities in the country are mainly concentrated in the highland part where population density per cultivated area is high. The low land area is mostly uncultivated. However, the government of Eritrea is currently heavily investing to turn the lowland area into modern

mechanized agricultural hub. The investments being made in Gerset, Fancos, Ad-Umer, Af-Himbol, and others are vivid examples to justify the arguement. 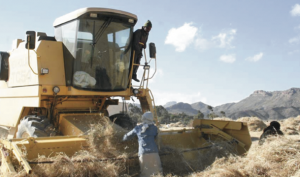 pearl millet; in the sub-humid escarpment maize, sorghum, coffee and barely and in the semi-desert zone sorghum and maize under spate irrigation. (Ministry of Agriculture magazine)

Harvesting is conducted mainly through traditional means while the introduction 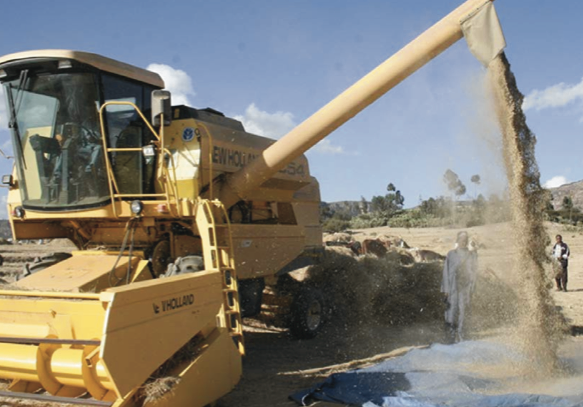 After they finish collecting their harvest it is time for farmers to feast and enjoy the fruit of their toil. The month of January through February is mostly the time of celebrating weddings and other different religious and traditional feasts.

Tags: This Time Of The Season in Eritrea