The Saga of the SEMG and Eritrea 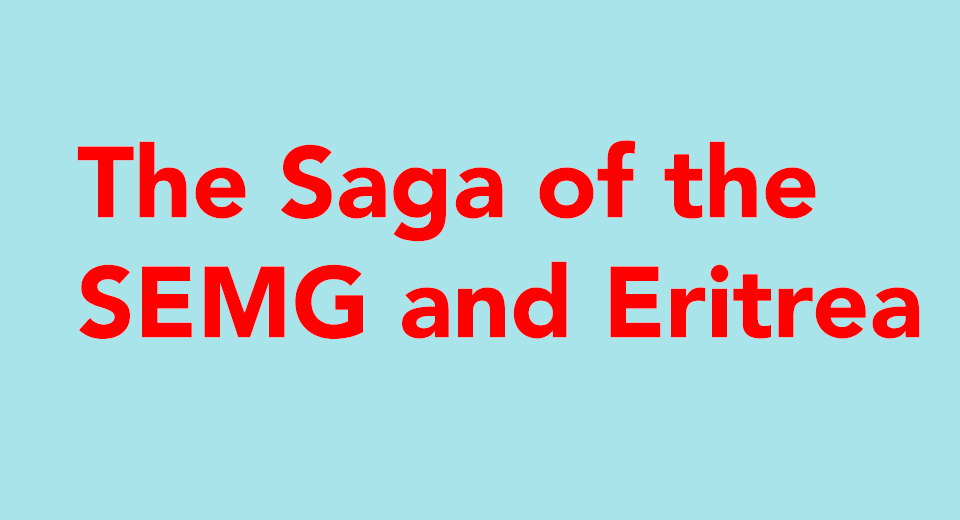 It is that time again. The annual ritual at the United Nations where the Somalia Eritrea Monitoring Group (SEMG) presents its findings, and Ethiopia and its handlers find way to prolong the SEMG’s mandate, and with it the illegal sanctions on Eritrea. It’s has been the predictable circus at the UN since the US and Ethiopia engineered the unjust sanctions resolution 8 years ago.

The African Union (AU) and the Intergovernmental Authority for Development (IGAD) served as the “African faces”, in what Susan E. Rice, the then US Ambassador to the United Nations, announced the sanctions against Eritrea as an “African Initiative” on 23 December 2009.

It should be recalled that the Community of Sahel-Saharan States (CENSAD) with 28 nations, rejected the sanctions resolution 1907 just a few days later. In addition:

• The IGAD and the Africa Peace and Security Resolutions were passed under the chairmanship of Ethiopia. Ethiopia and Djibouti played accusers, judge and jury

• The IGAD and the Africa Peace and Security Resolutions were passed under the chairmanship of Ethiopia.

Although Ethiopia and its handlers continue to tout it as an “African Initiative”, with the release of the WikiLeaks American Embassy documents, the behind the scenes shenanigans of the Ethiopian regime and the US Mission in NY have been exposed.

The Ethiopian representative at the UN, who worked closely with the US Mission in NY to engineer the sanctions regime against Eritrea said this in a New York Times opinion post on 12 December 2012:

The reports by the UN Monitoring Group that claimed 2000 Eritrean forces were fighting alongside the Union of Islamic Courts have long been discredited and the minority regime in Ethiopia was the source of that “faulty intelligence”.

If it was the African Union that was seeking sanctions against Eritrea, why were there no other Africans involved in the liaisons and meetings with US officials? Why were Ethiopian cadres doing all the leg work? Judging from the US Embassy cables, Tekeda Alemu and other members of the Ethiopian regime, with the help of Susan Rice and the US Mission at the United Nations, birthed the sanctions resolution against Eritrea. Suffice it to mention a few examples:

May 2009-Ethiopia to the P-5: Time For Eritrea Sanctions

5.August 2009-Record of your conversation with Charge D’Affaries Michael Gonzales

“…Dr. Tekeda stressed that the threat of sanctions against senior Eritrean officials had a clear chilling effect in Asmara. Dr. Tekeda specifically noted the Sanctions Committee,s consideration of Yemane Gebreab as being a critically important move. (Note: Dr. Tekeda had a list of individuals targeted by the Somalia Sanctions Committee which included Yemane. End Note.) Dr. Tekeda stressed that, although Yemane may not make ultimate decisions in Eritrea — a province reserved for President Isaias — he certainly advises Isaias, and his inclusion among those sanctioned would be a critical signal to Asmara that the international community is sincere in its interest in ending Eritrea’s destabilizing activities in Ethiopia…”

The 13 June 2009 cable shows the collaboration between Tekeda Alemu and Susan Rice and their intentions to hoodwink Africans and the Security Council by presenting their initiative as an “African Initiative”:

But she had more advice for her partners:

Whilst there were many accusations against Eritrea coming from Ethiopia and its surrogates, there has never been any independently verifiable evidence provided to substantiate any of their allegations. There were many fair individuals who disagreed with the narrative on Eritrea and Ethiopia managed to have them removed or else had their voices muffled. For instance, South African Ambassador to the United Nations Dumisani Kumalo, chairman of the U.N. Security Council’s Somalia Sanctions Committee told Reuters on 23 May 2008:

Addressing a 29 May 2009 Press Conference, Ahmedou Ould-Abdallah, UN Special Representative for Somalia admitted that there was no evidence to support the outrageous allegations leveled against Eritrea:

“…As for the support of Eritrea for the Islamist group al-Shabab, he said that there was much talk of such involvement, but there was no way for him to monitor that situation or to know the truth of such a claim. Asked about other foreign rebel fighters, he said the rebel leaders had extended a welcome to such fighters and there was wide information available on them…”

As this author has stated several times in the past, the minority regime in Ethiopia and its cadres, are persons who are themselves involved in the criminal milieu that defines Somalia today, and can hardly be considered to be credible sources and yet, the SEMG continues to rely almost entirely on the Ethiopian regime to build its case against Eritrea. When questioned about the sources of all the erroneous allegations against Eritrea in 2012, Susan E. Rice said that the “evidence is classified to protect the identity of US allies who provided it”. It is not hard to figure who these allies are…

In four consecutive reports, the SEMG has said that it had found no evidence to support the allegations that Eritrea supported Al Shabbab in Somalia, yet its mandate was prolonged and with it the sanctions on Eritrea. So, the saga continues… faceless, nameless entities funnel information to the SEMG, Eritrea is asked to disprove the allegations…. the merry go round and moving goal posts continue…so much for the credibility, integrity and efficacy of the UN Security Council-now reduced to serving as a bully pulpit to advance ulterior political agendas of the powerful veto wielding minority and their allies.

Tags: The Saga of the SEMG and Eritrea