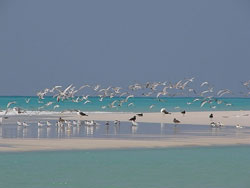 One of contemporary historic place in the Southern Red Sea region is Duhtum. Duhtum a strategic place where the invading army of the TPLF regime in its foolish attempt to enter Assab was foiled and crashed by the gallant Eritrean Defense Forces. As usual the TPLF regime gave its invading army a promise of easily penetrating the area fooling them with lies that were not on the ground. They were, however, met with strong resistance and crashing Eritrean Defense Forces and experienced a blow and their spine broke to the contrary to that they were told by their mischievous leaders, and that was where their spirit and moral of fighting was evaporated. Even in their terms the place is named Aimoker, meaning impenetrable.

The Southern Red Sea region in terms of its tourism attraction sites is a portion of what the region holds. There are many more historical places and areas of wander that should be uncovered and details remaining of what I have wrote about. Historians and especially people interested with historical places and antiquities should try to visit the region and discover what is there waiting to be studied and documented if not for the near future of tourism industry development in the region but also for posterity. The Sultanate of Rahaita and its history with the remains of the ancient village, Maebele and its rock inscriptions, the natural volcanic vapor in Siroru and the incident involving after the volcanic eruption and its prospects in terms of tourism development, are some of the many that need attention. Assab itself with its history of being the first to fall under foreign rule and the last to see and breathe freedom; may be some evidences of the treaty made with the priest Giuseppe Sappeto and others would have a great impact in the history of the region.