Sunridge Gold Corp will be presenting at the Mining Indaba on February 7th, at 4:38pm in Hall A 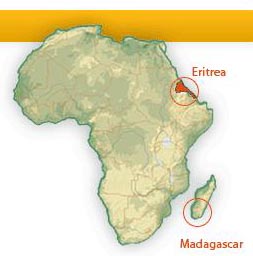 Sunridge Gold Corp. (SGC-TSX-V) is an exploration and development company conducting final and pre-feasibility studies on four deposits within the Asmara Project, Eritrea in East Africa. The Asmara Project encompasses a district of base and precious metals volcano-genic massive sulphide (“VMS”) deposits as well as near surface gold mineralization. Sunridge has drilled over 200,000 metres since 2003 and has defined four separate copper, zinc, gold and silver mineral resources. A feasibility study for the high grade Debarwa copper, gold and zinc deposit is scheduled for completion in the first quarter of 2012 and a pre-feasibility study on the Asmara North Deposits, Emba Derho, Adi Nefas and Gupo Gold is scheduled for completion by the end of March 2012.

Management: Sunridge is managed by an experienced team with a successful track record of discovery and development of precious and base metals projects with companies such as Bema Gold and Nevsun Resources.