As part of the ongoing nationwide campaign, the Eritrean community in Leeds,
resolute rebuff standing along their People, Government and the Youth in particular! 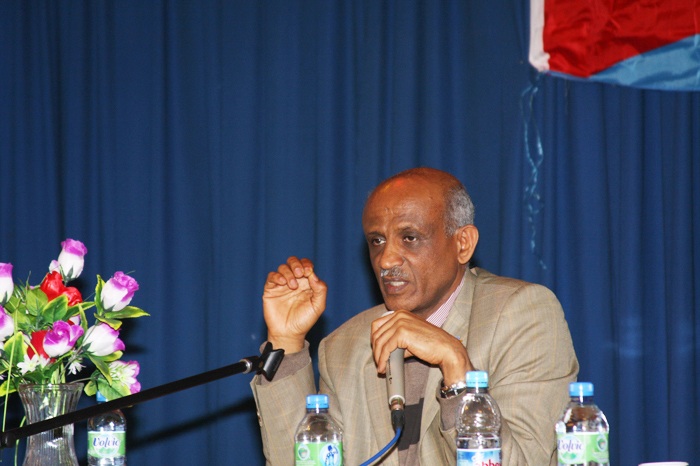 The Eritrean Community members residing in Leeds, United Kingdom, have voiced staunch resistance against external
conspiracies and expressed readiness to back up the national developments drive.

Eritrean Ambassador to the United Kingdom and Ireland, H.E. Tefamicael Gerahtu gave the participants of the seminar extensive
briefing regarding situation in Eritrea.

He said, Eritrea has come through successive obstacles and animosities in the past years and the disguised hostilities against the
Eritrean people. He carried on saying that, history is witness of the Eritrean people’s triumph to the fact that they have always
prevailed against all odds. With the cultured and rule abiding people and leadership that has progressive and realistic policies,
Eritrea has become exemplary that those who have agenda of domination, have openly become hostile against the Eritrean people.

He expressed conviction to resist, during which the development progress of Eritrea is registering promising results and citizens
expressing resolve to invest in their country.

Ambassador also reminded the participants that, our biggest responsibility to the Eritrean martyrs is to never compromise Eritrea’s
national security, and provided an in depth reports and update on the latest Embassy and Consular services.

After solidarity speeches by representatives, Ms Lwam Haile, YPFDJ Conference Office Co-ordinator put in plain words that
extensive preparations are underway both in the UK and across Europe, in which hundreds of youth delegates and representatives
of Eritrean communities will take part in United Kingdom from 28th March-1st April 2013.

She said that this historic conference is being held at a decisive juncture in our history, when our country is both meeting the challenges
to our national sovereignty head on, and confidently marching forward in building a prosperous nation that owns its destiny.

These great endeavors have required the role of Eritrean youth both at home and aboard. The participants affirmed and called all
Eritrean nationals in UK to stand alongside the youth, and to work towards making the YPFDJ Conference successful regardless of
any difficulties. 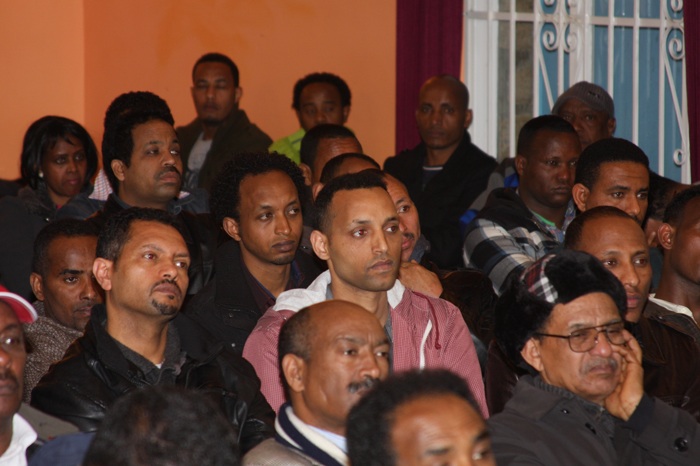 The participants on their part expressed their willingness and readiness to enhance their contribution towards the ongoing nation building
process and that they will always stand alongside their people and Government and will rebuff any external conspiracies by strengthening
their unity and will defend their nation whatever the cost.