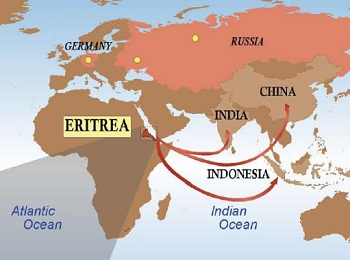 South Boulder Mines (ASX: STB) has received a further vote of confidence in the company’s Colluli Potash Project from the Eritrean Government, with potential for a joint venture agreement.

The government has requested that South Boulder submit a proposal to begin discussions regarding the Eritrean National Mining Corporation’s (ENAMCO) intention to acquire up to a 30% paid participating interest in Colluli.

This is in addition to ENAMCO’s existing 10% interest, which is to be carried 3.3% by ENAMCO and 6.7% by South Boulder.

Earlier in 2012 South Boulder was looking to assess potential financial, offtake and development partners for the Colluli Project.

“Commencing discussions now will allow South Boulder and ENAMCO to work towards formation of a Joint Venture and apply for the appropriate mining exploitation license in a timely manner,” Hughes said.

“Finalising the terms of the 30% paid participating interest will provide certainty and facilitate South Boulder’s efforts to secure additional investors and proceed through DFS, project financing and construction.”

Consideration for the interest has not yet been given, however the government has the right to purchase a 30% stake in the project at fair value following completion of the Bankable Feasibility Study.

An Engineering Scoping Study delivered in October 2011 confirmed the viability of the Colluli Project with some very positive outcomes.

The highlight from the study is a conservative start-up base case to produce an initial 1 million tonnes per annum of standard MOP (KCl) has been determined – which would utilise shallow open pit mining methods for 11 years.

Start up capital cost was estimated at US$740 million, which is expected to generate a pre-tax Net Present Value of US$1.33 billion.

Where the study really gets interesting, is that there is scope to significantly increase production rates and mine life to more than 50 years.

Substantial production upside is expected from the large resource, with the deposit remaining open in many directions.

South Boulder is continuing to test these extensions, with resource definition and delineation drilling continuing.