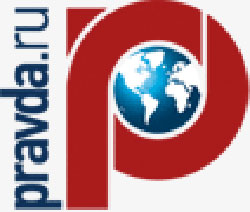 Asmara, 10 December 2011- The Russian newspaper, Pravda, said that the Security Council resolution of further “sanctions” against Africa’s fastest growing economy, targeting Eritrea with its projected 5 years of double digit growth rate, should come as no surprise.

As regards the first version of the sanctions against Eritrea, the paper wrote: “The “sanctions” passed against Eritrea on Monday are all bark and no bite, less even than the first batch. It also elaborates that the first version of this latest round of sanctions, (that even the Europeans vetoed) was designed to cripple Eritrea’s emerging mining industry, one of the main drivers of its new found economic engine and block Eritreans abroad from paying their 2% income tax.

As regards allegations against Eritrea supporting Al-Shaabab, Prevada quoting Wiki leaks wrote: “Now, we know that the senior US diplomat in the Horn of Africa, US Ambassador to Ethiopia, Donald Yamamoto, told his bosses in Washington D.C. in 2007 that the Eritrean involvement in Somalia was “insignificant” as in very small or trivial.

Before Wiki leaks, we had the UN General Assembly’s Special Committee on Somalia Report in 2009 under South Africa’s Ambassador, Dumusani Khumalo, which exonerated Eritrea and placed the blame for the influx of arms into Somalia squarely on Ethiopia and the UN funded Ugandan and Burundian “peacekeepers” occupying Somalia’s capital Mogadishu, Pravda added.

Explaining the causes for the second version of sanctions against Eritrea, the paper put it; “A second successful gold mine could easily kick start the mining industry into high gear in Eritrea and see the proposed $750 million potash mine succeed in Eritrea’s Danakil Depression. With a planned output of up to 10,000 tons a day of potash and a life span estimated at 150 years, Eritrea stands to share in tens of billions of dollars in mining profits. This is a far cry from the likes of the Anglo-Americans world’s largest gold mine in Tanzania which pays the standard 5% royalty.

So, 40% for Eritrea for their gold versus 5% for Tanzania? It isn’t too hard to see why the USA wants so badly to see Eritrea’s upstart mining industry fail.