“The longest journey starts with a pace” goes a proverb. This is an obvious logic but with deep meaning. Indeed without starting there could never be finishing. However, it is not always easy to appreciate the mes- sage this proverb communicates when we are dealing with a seemingly insurmountable challenges; where our step seems in- consequential to the work that lays ahead to reach to where we want to be. But without the audacity to overcome such disheartening situation, victory will remain but a hollow wish.

The independence of Eritrea is a tangible result of the above assertion. It epitomizes the will to take on an immense challenge with one step at a time but with unwavering belief on the inevitable victory. The begin- ning of our armed struggle would suffice this claim. A handful of people with few old guns taking on challenging a humon- gous army that enjoys the full support of a superpower would have been considered absurd. Indeed so many were discouraged from the onset, when they considered how far along the road the struggle was from independence; precisely due to this doubt and the ultimate victory of the struggle, our independence has an enduring lesson to offer to the world.

A big lesson from our independence is that victory is made in the hearts and minds of people first, and that without the emancipa- tion of the mind, a meaningful action could not spring out in which case there would be no result. The biggest casualty of colonialism is perhaps the mentality of the people. The will to do and the courage to embark on challenges were paralyzed and this phenom- enon continued even after political indepen- dence of the colonized.

The “it can be done” mentality that was the hallmark of our struggle is the independence to think the unthinkable without which it is impossible to succeed in any endeavor. This assertion is still so much rel- evant in the challenges we have now in the post independence reconstruction task. It is also what is needed in elsewhere and espe- cially in our continent where the lack of it is one of the major hindrances curbing any initiative towards the enormous challenges it faces.

However, when embarking on a huge task the above mentality is not by itself enough. There is also the need to be organized our effort from the meager resources that we are able to garner for maximum impact. In this respect too, there is much to heed from the Eritrean struggle for independence. The way the people were organized inside and outside the country for a common objec- tive and how material resources were uti- lized was indeed an awesome accomplishments. Mottos like “fighting the enemy with his own ammunition and guns”, “the mass should be aware, organized, and arm”, “gender equality through equality through equal participation” were not mere rhetoric. They were accomplished as per their essence and the result was the miracle of independence.

Independence is a broad term that can be applied on many things. Whether it is from colonialism or from poverty and underdevelopment, independence is something that will always be sought after. Especially in our continent this holds more truth. Hence, however big our challenges might be, the ‘can be done’ mentality and organization are the key factors that will determine the course of outcomes. And in Eritrea the need is to keep nurturing these pillars of indepen- dence, to unravel the solutions for our chal- lenges for times to come. 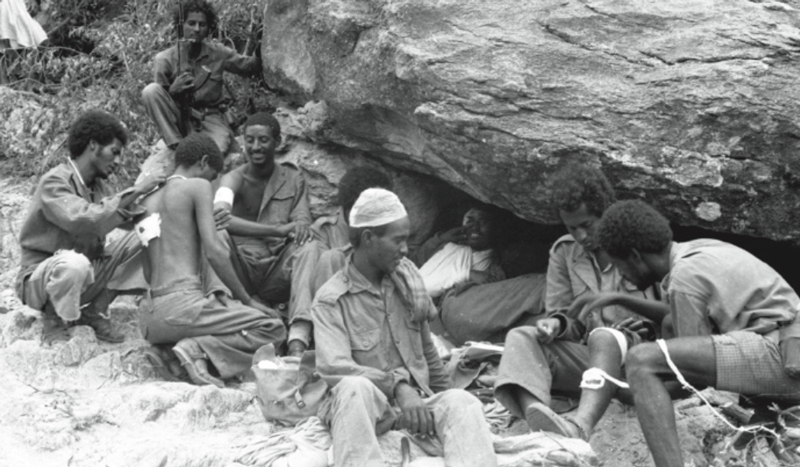