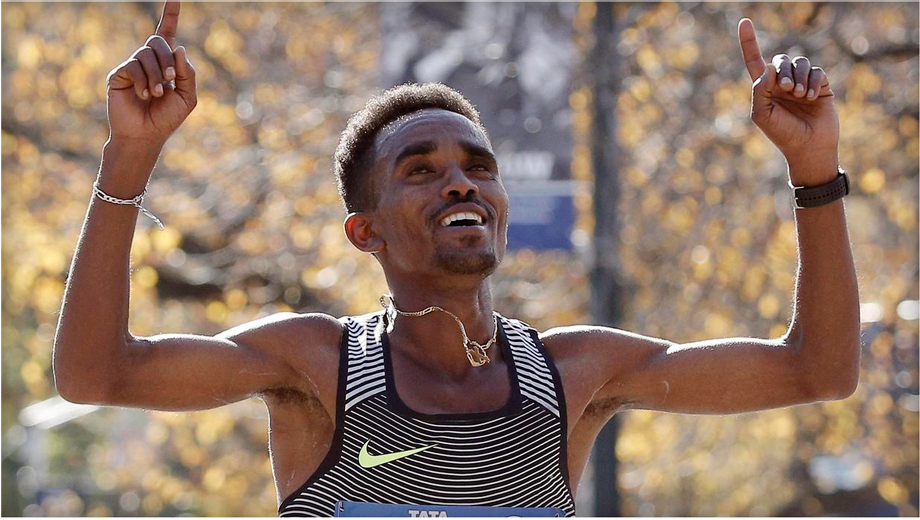 For most of the course, the men’s field was a three-man race between  Ghirmay Ghebreslassie, Kenya’s Lucas Rotich and Ethiopia’s Lelisa Desisa. By mile 20, Ghebreslassie gradually began pulling away.