Globally, the use of solar power as an alternative source of energy is growing. In Africa, Egypt, Morocco, Ghana and South Africa are leading in their extensive use of solar energy. Morocco is home to Africa’s biggest solar plant, Noor Solar Complex, and South Africa hosts eight of the ten largest solar plants in Africa. The Noor Solar Complex in Morocco is a 500 MW solar park, which is the biggest concentrated solar power plant in the world.

Eritrea’s major source of energy is petroleum, which drains the foreign currency reserves of the country and is globally a major cause of pollution. The government of Eritrea has been making efforts to promote the use of alternative sources of energy, especially solar energy, to mitigate the problems associated with the use of fossil fuel. A major benefit of solar energy is that it does not pollute the environment and saves money in the long run even if its installation cost is quite high.

Eritrea’s weather, characterized by long sunny days throughout the year, makes it suitable for harnessing solar power. Data from the wind and solar monitoring stations installed in many parts of Eritrea show that the country has a great potential, around 6 kwh/m2 of solar energy. Based on studies carried out by the Ministry of Energy and Mines (MEM) meteorological sites for the detection of potential solar sites have been set. 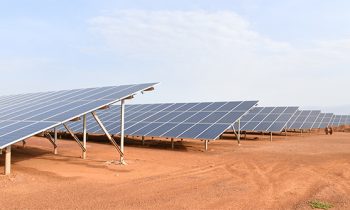 The MEM has been working to provide modern, affordable and sustainable energy to previously off-grid villages and rural towns of Areza and Maidma in Debub region. The project targets over 40,000 residents in 40 villages, over 513 small enterprises, 15 schools, 2 kindergartens, 2 community hospitals, 5 health stations and 80 organizations.

As part of its efforts to promote the use of alternative sources of energy, the MEM built in April 2018 a photovoltaic plant east of Asmara. The plant generates an average of 11- thousand kilowatt hours of electricity per day. Moreover, in Asmara, more than 400 solar powered streetlights, covering a distance of 13 kilometers, have been installed.

Alternative sources of energy such as solar energy do not pollute the environment and save money in the long run even if their installation cost is quite high.

Although Eritrea may have a long way to go in its exploitation of environment-friendly alternative sources of energy, it has demonstrated its commitment by the projects carried out that emphasize the use of solar and wind energies. The two power plants, one in Areza (1.5 acres) and another in Maidma (2.5 acres), showcase the use of solar hybrid power systems to provide continuous power supply to rural communities in those areas. 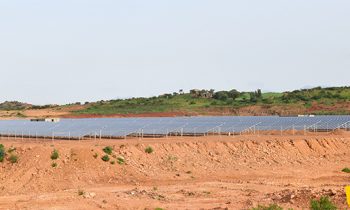 Going forward the MEM plans to boost its power generation capacity by departing from its dependence on fossil fuels and by intensifying its efforts to look for alternative sources of energy that are renewable.

In its short term plan it intends to increase the amount of solar and wind energy that will enhance the national capacity. The plan includes a 20-30 MW wind and solar hybrid power at Dekemhare, a10 MW wind power at Assab, a 10-20 MW solar power at Asmara, Adikeih, Debarwa and Barentu, a 5 MW solar power at Gerset, a 5 MW wind and solar hybrid at Kerkebet and a 2-3 MW solar diesel hybrid at Nakfa, which will be linked to the national grid.

The MEM also plans to increase energy efficiency in Eritrea through the expansion of rural electrification by the extensive installation of solar systems, the rehabilitation of Asmara’s power distribution system, the establishment of an assembling plant for batteries and other appliances as well as facilities for in-house capacity building.

In the long run, the MEM intends to give universal access of modern energy in Eritrea by extending the national grid throughout the country.