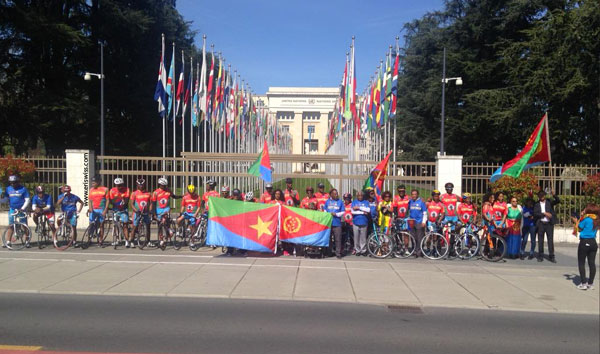 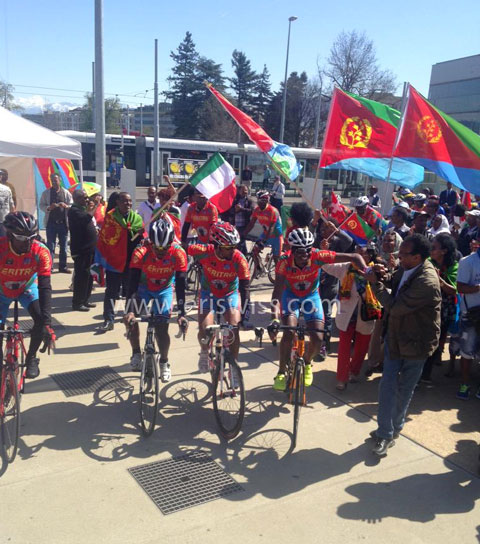 participants of the Cycling Tour for Truth, Peace, Justice and Eritrea presented a Memorandum tothe United Nations Office in Geneva. The Tour which covered 1,700 Km. was organized in connection with the 13th anniversary of the final and binding Eritrea-Ethiopia ruling (EEBC) on border delimitation. Starting from the Swedish city of Gothenburg, the cycling tour passed through 5 German cities and eventually reached Geneva city in Switzerland. The program calls on the UN Security Council to live up to its responsibility of ensuring the implementation of the Commission’s ruling, and thus put an end to Ethiopia’s occupation of sovereign Eritrean territory, in addition to the Illegal and unjust UN sanction’s resolution against Eritrea. The Eritrean nationals participating in the Cycling Tour have also been presenting reminders to different government officials of the countries through which they passed. It is to be noted that the program was organized by Eritrean nationals residing abroad.

Tags: Justice and Eritrea present Memorandum to UN Office in GenevaParticipants of Cycling Tour for TruthPeace