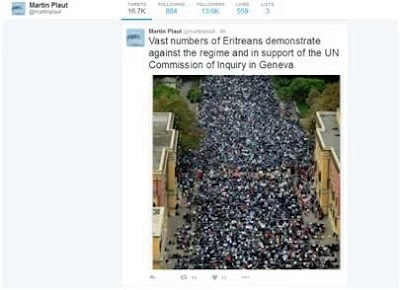 The problem was the picture he used to show the “vast number of Eritreans” demonstrating against their government was taken from a 2014 Albanian Eid al Adha prayer.

When Eritreans pointed this out to him via Twitter, he blocked them and eventually deleted his tweet.

Of course this isn’t the first time Plaut has tweeted things that were dishonest.

In 2012, during the sixty-seventh General Assembly, in which member states were to vote on Palestine obtaining a non-Member Observer State status at the UN, Plaut tweeted Eritrea voted against Palestine, well before the voting even took place. 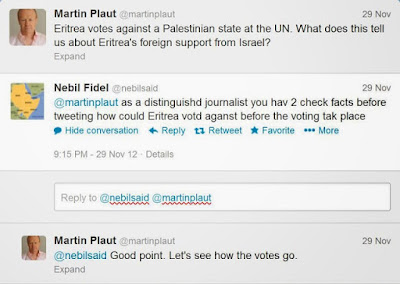 For the record, Eritrea voted in favor of Palestine obtaining a non-Member Observer State status.