History in the Making: Africa Cup 2018 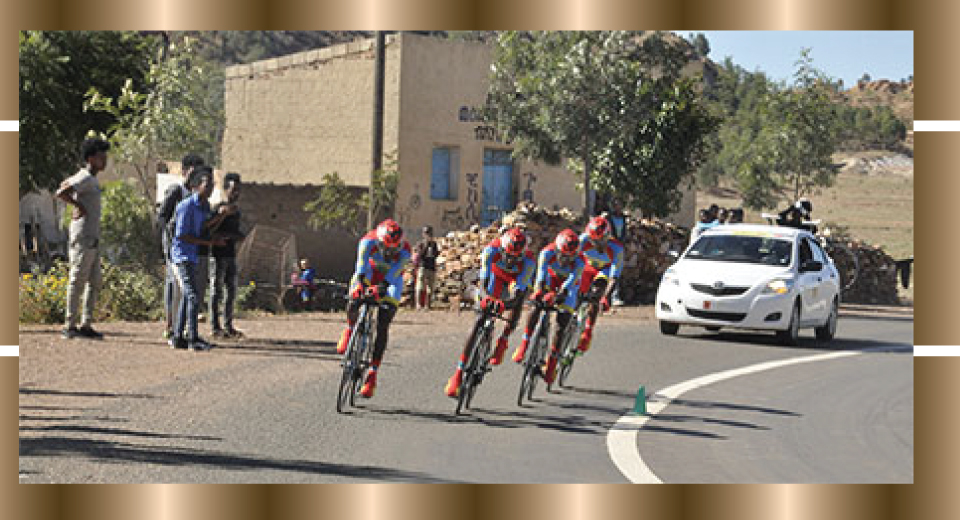 including the host nation Eritrea, are participating in completion, which is recognized by the Union Cycliste Internationale (UCI) and sponsored by the Eritrean cycling federation (ECF). Q&A had a chance to meet and interview several CAC and UCI representatives who are overseeing the competition.

First and foremost, I’m very impressed by how much Eritreans love cycling. I have seen young people riding bicycles everywhere. The first thing I am going to do when I get back to my country is tell everybody. This makes me proud to be an African. Words cannot describe how I felt when I saw Daniel Teklehaimanot at the podium in the Tour de France in 2015. I felt great and very proud. African cyclists are making Africa proud.

It is a lovely city.

This is my sixth time in Asmara representing UCI and I already feel at home.

-Mohamed Bashir: It means a lot for our cyclists because the more they compete the more chances they will have to score points and be eligible to qualify for the Olympics or World Games. As well, the competition will play a big role in the development of women’s cycling. We already have women participating at the African Championships and African Games. Now, with the inception of the Africa Cup, our female cyclists will be able to compete regularly and be able to qualify for the Olympics and World Games.

Noha Soliman: Long ago, CAC put numerous strategies in place to hold regular competitions, like the African Championships and Africa Games. These were for all the cycling disciplines. Since 2013, we have had competitions held annually for road, track, BMX, and mountain bike races. The creation of the Africa Cup is an extension of those strategies we had put in place. The event, as I have mentioned, is established by CAC and is registered on the UCI calendar. This competition will give more chances to African riders to compete more at the national level. They will have a chance to score points to increase their international ranking and be able to qualify for the Olympic Games.

Isabella Fernandes. I think it is good to have a little bit of competition where we can have several national teams from across Africa compete in championships and cups. This is very good for the development of cycling in Africa and the exchange of experiences between participating nations. Hosting competitions such as this within the continent will definitely give African cycling the exposure it needs. For instance, the competing cyclists were going at an average speed of 51 km/hour on the first stage of the team time trails on Wednesday, which I might say is quite exceptional and reflects how talented African riders are. When others see this, they surely will grasp the picture that African cycling is developing.

Mohamed Bashir: The first two stages of the competition were very impressive and highly competitive. I am not surprised to see Eritrea already doing well. It is clearly evident that cycling is a part of everyday life for Eritreans. I was here once in 1983 as a cyclist. Today, I am happy to be back as one of the officials overseeing the competition.

Noha Soliman: It was very good. It is great to see the participating nations doing their best to win the races. You can see it on the faces of riders just how much this means to them. The Federation and Commission of Sports and Culture have done an impeccable job in making everything run smooth during the last two days.

Isabella Fernandes. As commissioners of the race, we are urged to have a balanced outlook about how the competition is progressing. It is our responsibility to follow guidelines. We still have two stages to go and I think it is better if we evaluate everything after the end of the competition. But so far everything is going well.

Mohamed Bashir: This is the first edition and I believe everything we have done up to this point we have planned in advance. The UCI only gave approval this past August during the World Congress. Unfortunately, some countries were unable to include this competition within their schedule. Nonetheless, because of the success of this first edition, I’m sure next year we’ll see an increase in the number of nations participating.

Noha Soliman: This competition will help the growth of cycling in Africa. I would like to extend my heartfelt appreciation to Eritrea for hosting the first edition of the Africa Cup. It is a great achievement for the country and CAC. Benin is here participating and the team from the Seychelles will compete in today’s competition, as well as in the final stage of the competition, which will be held tomorrow morning. I w o u l d like to thank the organizers and the Commission of Sports and Culture for making this competition a reality.

-Isabella Fernandes: That is also something we need to do after the competition. However, I can definitely say that all the organizations involved in hosting this event are working together to make this competition a success. The first edition is always an experience of how we can do things better in the future. This, of course, doesn’t mean Eritrea hasn’t done a good job hosting the competition so far. The turnout has been amazing and we have witnessed a high level of competitiveness among the riders.

Mohamed Bashir: I would like to praise and thank the Government of Eritrea, Eritrea’s Cycling Federation, the Commission of Sports and Culture, the Organizing Committee, the security personnel, and the people of Eritrea for hosting the first edition of the Africa Cup.

Isabella Fernandes: Let’s continue to enjoy the races. I invite everyone to come out and support the riders during the next two stages of the competition.