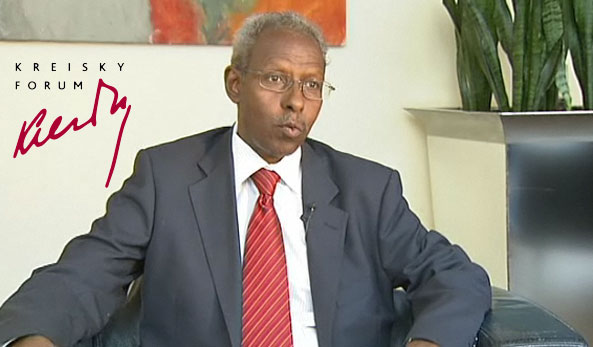 A LEADING European think-tank and a center for political events is planning to organize two very important events on Eritrea’s Horn of Africa Policy next month.

The Bruno Kreisky Forum for International Dialogue invited Mr. Yemane Gebreab, Presidential Adviser and Head of Political Affairs for Eritrea’s leading political party, PFDJ, for a presentation on “Eritrea’s Political situation and its policyin the Horn of Africa” on April 8th.

The center acknowledges Eritrea’s political policy to be precarious as it is situated at the very heart of the most volatile region of the Horn of Africa.

Eritrea’s regional policy and political situation must be better explained and understood in order to analyse the ongoing volatility of the situation in neighboring Somalia, the total breakdown of legal order and governance in South Sudan, and in Yemen. That makes Mr. Yemane’s lecture all more important.

Mr. Yemane will be joined by Jean-Christophe Belliarde, the Director for Africa and the Indian Ocean at the French Ministry of Foreign Affairs and Georg Lennkh, a member of the Board of the Bruno Kreisky Forum and former Austrian Special Envoy for Africa, as the moderator.

The Center also organized another equally important event on April 23 on the topic of “Eritrea in the Context of a Policy for Regional Security in the Horn of Africa“.

The past few years, Eritrea has been disappeared from most of the debates and political decisions about the Horn of Africa. However, it has begun opening up a little by starting a new phase of cooperation with the United Nations and European Union.

Mr. Christian Manahl, Head of the European Union delegation in Eritrea will present a lecture on the topic together with Georg Lennkh as the moderator.

During the event, questions like What does this policy shift mean for Eritrea and the region? What is Eritrea’s significance in the regional strategic security policy? What are the perspectives, and the risks, of this opening? and the significance of such a development for the European Union? are expected to be thoroughly examined and discussed during the event.

Tags: Eritrea’s Horn of Africa Security Policy to be Discussed in Europe