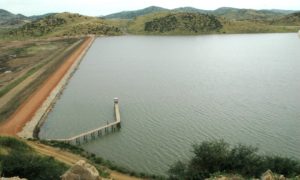 ” The government of Eritrea has been invested heavily in laying the foundation of development. As Eritrea is a self-reliant nation the planning, financing and implementing of various development projects have been done using Eritrean material and human resources. The massive water, transport, health, agriculture, education, communication and power infrastructural projects have been done based on self-reliance and the full participation of the people. The government has a firm belief in the decisive role its human resources play for development and does not rely on foreign aid.

Eritrea is a developing country and is located in a place where water is seasonal and unreliable. History tells us that all developed countries have made large investments in water infrastructure and in improving their human resource to climb the ladder of development. Such investments have reduced the risk of unsustainability, stagnation and regression. Sound infrastructure, adequate human power and mature institutions are preconditions for sustainable and healthy development. The many infrastructures built to harness the rivers of Eritrea are pillars of national development.

Water is a critical natural resource on which mankind’s very survival depends. More than anytime in history water is projected to be a vital resource that pushes countries to war. Water politics has become a source of conflict in many regions of the world. In order to ensure the availability of water for domestic, agricultural and industrial purposes the construction of dams of varying size is imperative. 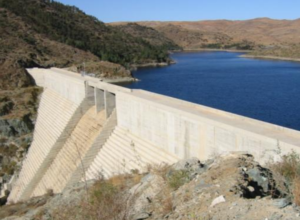 Developing countries are affected to a higher degree by the climate variability. Due to their poverty, developing countries have not been able to make sufficient water-related investment. Eritrea is a developing country but has made a large scale investment to achieve water security. This is because it considers water security a prerequisite for the long-term sustainable development. Water security is defined as the capacity of a population to safeguard sustainable access to adequate quantities of acceptable-quality water for sustaining livelihoods, human well-being, and socio-economic development for ensuring protection against water-borne pollution and water-related disasters, and for preserving ecosystems in a climate of peace and political stability (UN Water 2013: 2). Water security is one of the most important elements of sustainable development goals. Goal six of the SDGs aims to ensure availability and sustainable management of water and sanitation for all by 2030. Eritrea is working to ensure access to safe and affordable water for various purposes. On the occasion of the 28th Independence Day, President Isaias Afwerki said water infrastructure and distribution is among the eleven-point roadmap of the development programs. President Isaias Afwerki reaffirmed the national commitment “to further refine our programmes of water supply for household, agriculture, and industrial consumption with the utilization of modern technology and associated means.”

Achieving water security at household level and national level is a prerequisite for development. Water security includes three dimensions: water availability, access and usage. The government is struggling to retain an acceptable quantity and quality of water for various purposes. There is an increasing demand for water due to population growth, expansion of urban centers and expansion of agriculture and other sectors of the economy. Dams have become an integral part of basic infrastructure by offering indispensable benefits like irrigation, domestic and industrial water supply, drought mitigation, and fish farming. 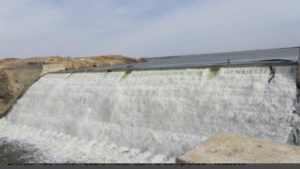 The natural distribution of water in Eritrea is highly variable geographically and seasonally. These patterns of inequity, variability and unreliability are worsening with the global climatic change. With this natural reality on the ground it would be difficult for the country to achieve the sustainable development goals, SDGs. Water is linked to climate change, agriculture, food security, health, equality, and others which are essential to the achievement of the sustainable development goals. For example, to “end poverty in all its forms everywhere” (goal 1); “to end hunger and achieve food security” (goal 2); “ensure healthy lives” (goal 3); “ensure availability and sustainable management of water and sanitation for all” (goal 6); “promote industrialization” (goal 9); “make cities and human settlements safe, resilient and sustainable” (goal 11); and “ensure sustainable consumption and production patterns” (goal 12) are all related with water. So water plays a critical role in all aspects of life and is essential for the survival and productivity of all sectors of the economy.

In the last twenty eight years of independence many dams have been built to provide reliable supply of water for livelihood, agriculture and industry. The rapidly growing urban centres and agricultural and industrial needs made it necessary for the construction of large dams, especially in regions with high population density and vast agricultural potential. The demand for water already exceeds in Asmara and other cities. Agricultural water demand is also high. With the construction of large dams in various parts of the country and the development of associated infrastructure, the demand and supply is going to be reconciled. Water is essential for all forms of agriculture and therefore food production. Investments in irrigation in the post-independence years have made it possible to increase food production while also enabling many farmers to increase their productivity. To ensure food security at national and household levels, the Government has invested in expanding irrigable land by constructing a number of dams and rehabilitating existing infrastructure. Development of dams and irrigation contribute a lot to the development of agricultural production and food security.

Water is a scarce commodity in Eritrea. There are no perennial water sources. In addition to that recurrent drought contributes to lowering groundwater level and the deterioration of water quality. The seasonal rivers that formerly sought outlets to the sea or cross borders are now harnessed. Dams play a great role in mitigating the risk associated with shortage of water. Retaining water behind dams enables water to be delivered consistently for irrigation and other purposes. Irrigation gives farmers the confidence to invest in agriculture and increase productivity. Irrigation is the largest consumer of water. With the expansion and construction of dams and the widespread adoption of advanced agro-technology, Eritrean agriculture will no longer be vulnerable to rainfall variability.

Dams have had significant, complex and far-reaching impacts. Dam construction requires careful and all-round study. We have seen in Africa and elsewhere in the world that dams have caused the displacement of people and other natural disasters. In Eritrea all the large dams that have been constructed and those under construction are environmentally and socially friendly. They are responsive to the pillars of sustainable development – economic, social and environmental. The supervision and guidance of President Isaias Afwerki and the technical team from the office of the president and the commitment of the development workers altogether lead to success.

Water has been considered one of the critical natural resources on which mankind’s very survival and development have depended. Water is also regarded as a human right. Countries have an obligation to ensure everyone’s access to a sufficient amount of safe water. These obligations also require States to progressively ensure the quantity and quality of water. At a time when the gap between the rich and the poor is increasingly widening, economic growth alone cannot be a guarantee for social progress. Access to safe drinking water is a human right and its impact on the poor and on women is noticeable.