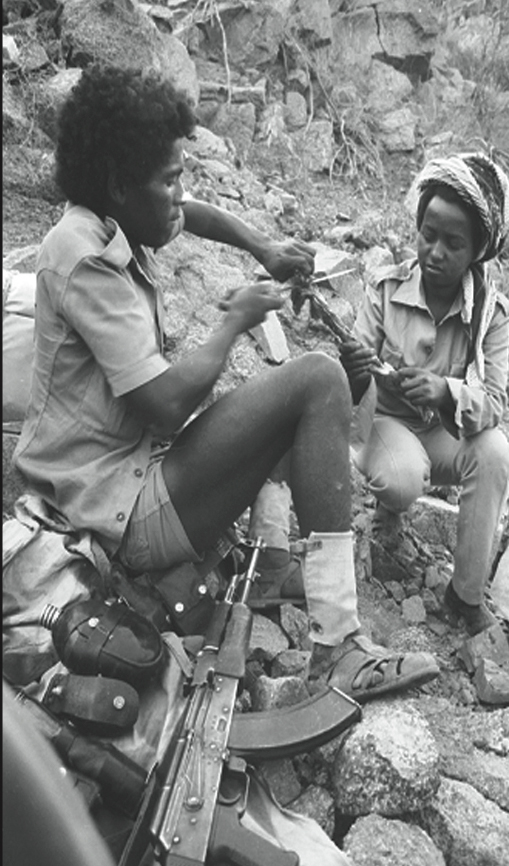 National values are one of the most crucial elements which have central role in nation building. They provide citizens of a nation, as a collective unit, a reference of what’s desirable, good, beneficial, impor tant, useful, beautiful, constructive, etc. Thus, national values generate national behavior which helps citizens make the best out of the opportunities they are presented with and/or solve common national prob- lems for survival and progress by compara- tive rankings of values.

Eritrea, as a nation has vast national values, most of which were nurtured and flourished during the armed struggle for independence. However there are even many other values that have become more practically cherished after independence. And one of the most significant is simply the value of freedom. We, Eritreans, have placed the greatest value for our freedom, as it was never cheap to get it. We paid dearly for it.

However, as soon as we cut one chain of subordination, colonization, we directly found ourselves in a new challenge for our freedom, a new form of marginalization, neo-colonization. By the time our country won its independence form the Ethiopian colonization, the west have already have most of the African free states on the claws of neo-colonialism. The most powerful tac- tic the western world has applied to keep Africans subdued is making its people and leaders believe that they don’t have any choice but to depend on them; they enslaved the mind. In this new form of colonization there is therefore the need for a new form of defense. There is a need to cultivate new sets of national values concerning our free- dom, emancipating the mind. For, freedom is nothing but a “state of mind” and it is and has always been ours, right on our palms, not anyone else’s to be given to us.

Indeed, freedom is a state of mind no one can give or take it, since when one truly be- lieves that he was born free to live and die free, who can enslave him? It only goes so far as what we choose to accept. If we be- lieve that our freedom is utilized by others and we have no choice but to be subdued, then we are slaves. On the contrary, if we believe that all men are born equal and free and we are willing to do whatever it takes to up hold it, then we are as free as we were born to be. And the true meaning of born free ad die free is never alien to us, Eri- treans; our history blatantly demonstrates

it. Our fathers and mothers said no for en- slavement, the oppression of colonization, demanded their freedom, spent their lives in the wilderness fighting for it and in the end sixty-five thousands of them gave their lives, martyred for it. And even after inde- pendence we paid twenty thousand precious lives of our dear brothers and sisters to pro- tect our freedom from the aggression, which was conspired by many and attempted by a puppet regime. Throughout the years of independence, we said no for any form of dominance of any global and/or regional forces. Our country remained politically and economically self-reliant and indepen- dent shutting the door on the faces of all who intended to steal our freedom away.

If freedom is a state of mind, believing that one is born to live and die free then, there is no one more familiar with that state of mind. In the past our history, particularly our long fight for independence demonstrat- ed it. And now, it is in the spirit of the very core concept of freedom, principle of inde- pendence and self-reliance that we ought to live our lives and of course celebrate our in- dependence day, May 24, every single year. No matter how small we seem, we shall always stand against any of the economic, political and military giants if and when our freedom is at stake. We shall never leave a crack open that might sneak in any form of dominance, oppression, marginalization and/or exploitation from any one. We shall up hold the wishes our martyrs, protect our freedom and honor the legacy; the legacy of readiness to perish fighting for our freedom rather than live deprived of it.