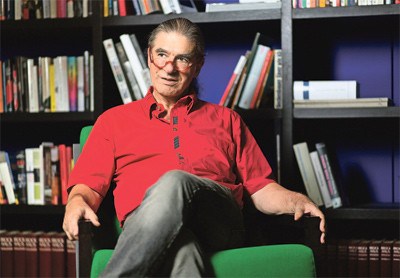 Fight against the exodus: Eritrea wants to test its returning compatriots. With the capital they should start businesses.

Eritreans make by far the largest asylum group in Switzerland. Toni Locher is the Honorary Consul of the State of Eritrea in Switzerland and he knows the situation in the African country.

In a commentary for the “Switzerland on Sunday” he writes: “In 2005 with the judgement of the commission, Switzerland opened its doors for asylum appeals for young men from Eritrea. We have objected the call. There, the young people start to come.”

That should change. “To the Boys in Eritrea, a clear signal must be sent that the trip to Switzerland is no longer worth – and that it is worthwhile to return to Eritrea.”

The new Eritrean migrants are “prima facia” (at first glance) in an accelerated procedure of 14 days to receive temporary admission. After three weeks, they are to be distributed to the cantons where they can be free from bureaucratic hurdles and start looking for work.

Such process allows only 15 percent of Eritreans to integrate. His proposal: the prospect of returning to Eritrea should be opened to these young people. Locher argues for an incentive system with the aim of gathering return bonus points (“return bonus savings account”).

Locher: “This passbook credit is for anyone when returning to Eritrea and managed by the future Swiss Embassy in Asmara in collaboration with the Eritrean Development Bank. These are based on the passbook credit loans for the creation of Small and Medium Enterprises (SMEs) and start-ups.

The bonus incentive system is temporary: It applies to young people who are already here or coming in the next few months in Switzerland .”