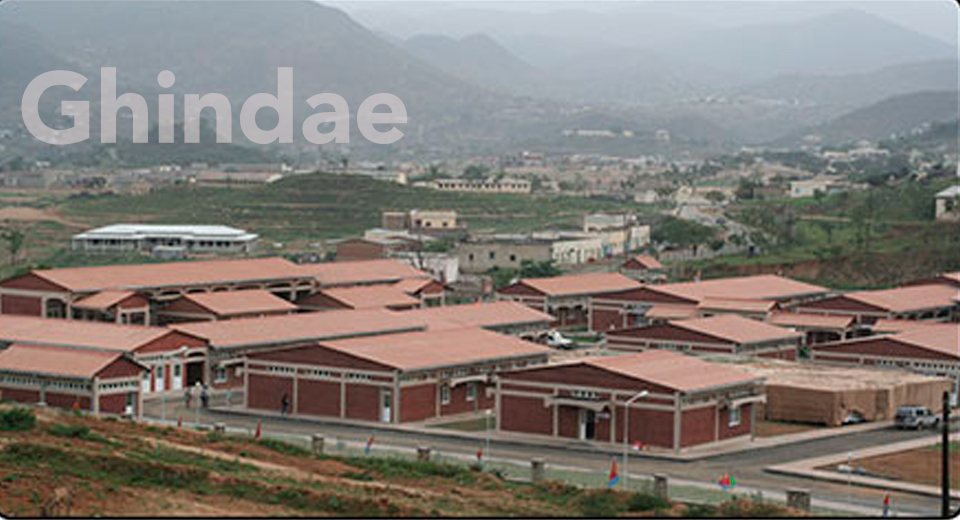 The higher the number of people in an area, the more health facilities are required. Eritrea, as a nation, has been working tremendously in the health sector for more than two decades. Today, many parts of the nation are proudly furnished with well-built health stations, the needed local medical staff and equipment to deliver health services to communities.

The Northern Red Sea region has registered a praiseworthy outcome, more than 74% of the population within a 10km area is getting adequate health service. The region had only three hospitals and two health centers before Eritrea’s independence; currently the number has increased to 41 health institutions, nine hospitals, nine health centers and twenty three health stations. Ghindae Referral Hospital is one of the most comprehensive health service providers in the Northern Red Sea region. This referral hospital was built in 1986. Prior to that period, it was a small hospital with only 50 beds for patients. The hospital offers infant vaccination of anti-natal, pregnancy checkups, delivery services for women from different parts of the region, internal illness, surgery, physiotherapy, volunteer counseling, pharmaceutical services as well as treatment for children suffering from malnutrition.

In this long stretched region the distribution of people is uneven and widely spread throughout small and big towns and villages. The Karora, Embatkala, and Erafaile health stations are among the most recently built. People in remote areas of the region now have the relief of getting health service at health centers equipped with ambulances in towns such as Adobha, Kamchwa, Nakfa, Endlal, Dahlak Islands, and others. This has helped decrease maternity death. At Ghindae Referral Hospital, the mothers’ waiting room has made it possible for pregnant women from remote areas to get some rest until delivery time. People of the region, in general, and pregnant women, in particularly, are now getting used to health center and hospital visits for checkups. A pregnant woman delivering in her home is increasingly becoming rare.

The subzone of Ghindae is susceptible to several illnesses because of its location. The area is influenced by the highland and lowland climate changes which makes it prone to diseases like malaria. However, with the relentless efforts of the Ministry of Health (MoH), the diseases are totally contained and if there is an outbreak, it is instantly eradicated. According to the hospital report, the outbreak of communicable diseases has been reduced dramatically over the years. Traditional medicine is not practiced since the society’s awareness has grown due to the health campaigns done by health promoters in the subzone. To completely understand and control the traditional medicine the MoH is conducting research to study how medicine is practiced, who the practitioners are, and whether the healing methods can be scientifically proven.

In the subzone alone there are health promoters who campaign against disease outbreaks. According to the head of administration and finance of the MOH in the subzone, Mr. Kessete Kahsay, there are 15 health promoters for Tuberculosis (TB), 44 for malaria and some women, who used to administer circumcision on girls, campaigning against Female Genital Mutilation (FGM) as they are fully aware of the consequences of the practice.

Ghindae Referral Hospital is assisted by some foreign medical staff. The Archimed Group of Germany has been giving material assistance and training for more than a decade. This time, the group is training the nurses and doctors of the hospital as well as providing some medical supplies to the children delivered in the hospital. Training such as newborn examination, incubator operating blood support training, and also midwives, Orthopedic (OR) and pediatric trainings. The referral hospital is launching a satellite pharmacy soon. The satellite pharmacy directly provides medications prescribed by a doctor to patients. This will allow the hospital to manage its medical supplies and fight against illegal ways of supplying medications.

The School of Nurse launched in 2009 in the town is benefitting the referral hospital by providing nurses and, therefore, increasing its staff members. Nurses trained from the school are also deployed throughout the country’s health stations. The referral hospital of Ghindae has 6 medical doctors, 5 nurses, 10 midwives, 2 optometry (eye specialists), 2 laboratory technicians, 2 pharmacists, 5 dental specialists, 35 patient care nurses, 2 physiotherapists, 1 psychiatric and 4 public health technicians.

Investment in health is the government’s priority because people are the foundations for nation building. Therefore, the government is building more health centers in various parts of the nation, since it is win-win result