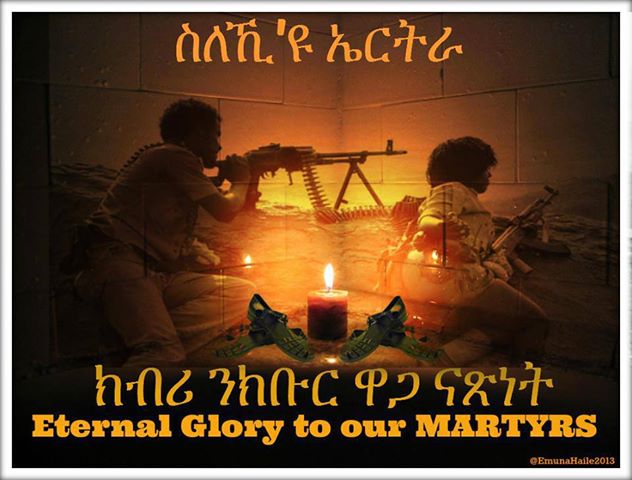 Death has to be the most hated and feared enemy to all humans alike. No matter how poor or rich, young or old, believer or non-believer, black or white etc. people hate the ominousness of the arrival of death and fear the indefiniteness of what awaits beyond once the line is crossed. However rough life is treating them, people are never willing to embrace death as a solution or way out of their troubles as long as they have other options. No one really wants to die if only they could avoid it, but even more, no one wants to be forgotten, nor is willing to accept the possibility that after his/her death the memory of his/her existence could be eroded and ultimately eradicated as if he/she was never here.

There are of course those who commit suicide, however, there is no proof whether these people never had the common fright and dislike towards death. Moreover, just because they committed suicide it doesn’t mean that they would like to be forgotten and never be remembered after they died. And if there are any who actually love death and would like to be forgotten, such exceptions make up only a tiny percentage.

However, there are also other exceptions whose stories have barely been told: Eritrean martyrs who trounced the common dread of death tough neither wished nor deserve to be forgotten after their martyrdom. And now that June 20, the Day dedicated to Eritrean fallen heroes, has come I would like to relate to you a fraction of the few precious actual records of the Eritrean armed struggle in an attempt to give a tiny glimpse at the bravery of these heroes in defying the fear of death.

“Since we were trapped in the process of encirclement anything was possible. We could be wiped out, captured, or with some luck scrape back to where we come from without being noticed. I thought the former two possibilities were quiet likely.”

These are quotes by Alemseged Tesfai from his book ‘Two Weeks in the Trenches’ describing a morning in a battle. His description goes on and focuses on his comrades trapped with him and he says, “I failed to see any manifestation of fear, panic or preoccupation. I am not trying to romanticize them, this is the truth.” He continues, “Instead they started to throw jokes at each other. I can not remember everything they said but it centered around death and the best way of dying.”

If death is a common horror that haunts all humans alike, then why were these fighters, his comrades, acting all at ease, relaxed, and even joked about death while they were in imminent danger. The fighters of the revolution never had any hope of seeing independence alive. They were all sure that they would die for it but not see it. If so, how could someone be willing to give one’s own life for something that one would not be able to see or enjoy once dead? How can one be so apathetic of death in its ominous presence? It might be argued that such indifference to life and death gets into people’s head when people are despondent and got nothing to live for, or have lost the taste and meaning for their life and do not care whether they live or die, and hence are not afraid of death. Such people might lose the respect for life and/ or the desire to live. These kinds of people therefore are the immediate neighbors of those labeled as suicidal.

The heroes of the revolution who were willing and ready to give their lives at any given time and place however, can hardly fall in to such category. For, these fighters were not fade up with their lives, they neither lost the respect for life nor the desire to live and had everything to live for ahead of them. In fact, a great many of these heroes who gave their precious lives were young boys and girls at the end of their teens and in their twenties. They were young boys and girls, who loved life, loved to play and joke with one another. They were youngsters who missed their families, villages, neighborhoods, homes, beds, good food and drinks. They were young boys and girls who had romantic feelings for one another with which they would have loved to live long. It is clear that these young bloods cannot be called despondent and suicidal. If not so, what made these fighters so calm and tranquil in the face of danger?

Alemseged says, “Joking about death right at its doorstep might be analyzed in a variety of ways. Psychologists would probably dissect it into mind boggling components.  Some would call it desperation, some might analyze it as spite bred of hopelessness, and others would characterize it as external posturing to conceal internal fear. Such analyses maybe grounds for earning a PhD but are definitely wrong and misleading. I am no psychologist but that morning I observed enough to disagree. In those six hours I saw acceptance, a calm and serene acceptance of the possibility of death. It was as if, deep inside them, they had come to terms with martyrdom as the best way to show one’s love to one’s country.”

June 20 is a day that we remember the life and martyrdom of these heroes who beyond all explanations of logic defied the fear of death and lived or rather spend every single day of their live as freedom fighters in the altruistic service of their country and people until the imminent martyrdom takes them away one day. Our martyrs of course are never too far away from our thoughts; we remember them every day. For, every step we take in the independent Eritrea is because of them. However, on this particular day we remember them in a special way. Eritreans all together all over the country dedicate this day for the commemoration of our martyrs. We gather around in our local areas, march to their memorial graves, to pay homage, respect for their matchless deeds, light candles and pray for them.