Team MTN-Qhubeka p/b Samsung finished the 2013 Le Tour de Langkawi today as the best team in the race and placed Sergio Pardilla on the podium. The Spaniard finished third overall on the general classification in what was his debut race for the African team. The team won the overall team prize by nine minutes. Ethiopian, Tsgabu Grmay, was ninth overall while Jacques Janse van Rensburg finished fourteenth.

“We wanted a podium and we wanted to do well in the team prize,” said directeur sportif, Kevin Campbell. “Winning the team prize is great and putting Sergio on the podium is fantastic. We knew we were going to be a strong team in contention for the overall prize and were excited by the fact that we had five guys in contention for most of the tour. The guys supported each other very well and everyone did their job and knew their place in the team. Everything just went really well for us.”

“This is a really good performance for the first race of the season with a new team,” Pardilla said after the prize giving presentation. “I am very happy with the whole team because everyday they did a good job. I had some stomach problems two days ago but the guys looked after me and I managed to get through the stage. I am happy to finish strong and now I will fly to Italy to start Tirreno-Adriatico next week. I hope that I can do a good job for the team again.”

Dennis Van Niekerk who started the tour as one of the team leaders suffered stomach problems on the morning of the decisive Genting stage. He recovered well to finish the race and support Jani Tewelde and Meron Russom during bunch sprints. 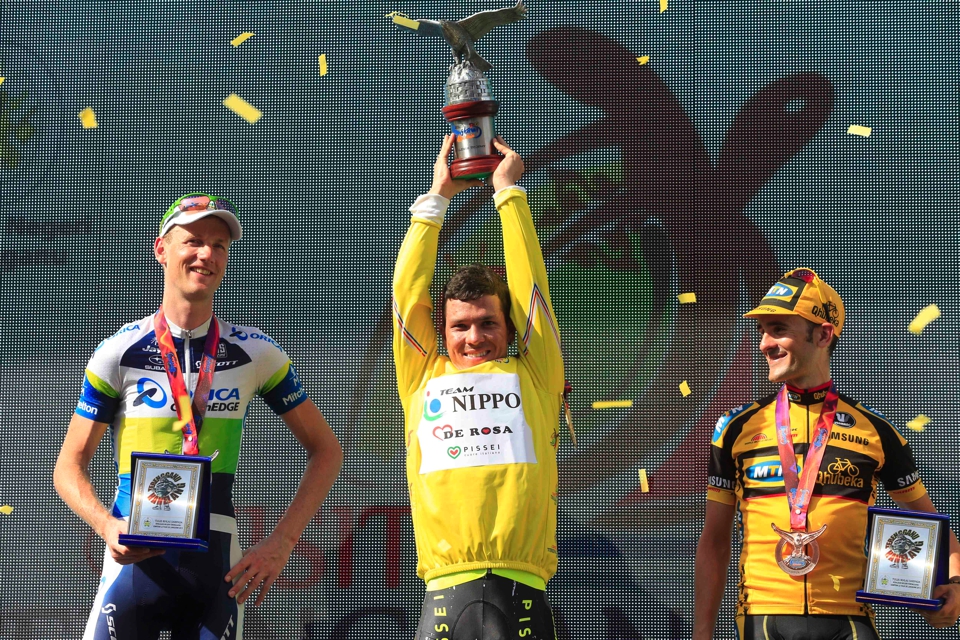