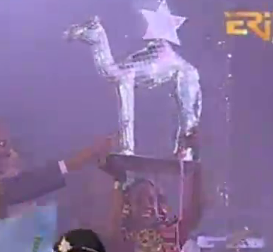 Asmara, 16 April 2012 – The observers of third round Shingrwa contest, which was conducted for 56 weeks in five stages, asserted that it was exceptional for starting with a stage focusing on the other regions, considered observers’ comments for judgment and that it demonstrated organized and presented manner.

Mr. Amin Ahmedin pointed out that the contest proved the existence of strongly competing stars and called on taking into account comments by experienced artists in the future.

It is to be recalled that Mr. Barnabas Mebrahtu had stated in the presentation he made during the final contest held in Cinema Roma on April 15 that Shingrwa contest would further focus on sustained and better participation by all citizens.

The 6 finalist singers in the third round contest recited traditional and modern music styles.