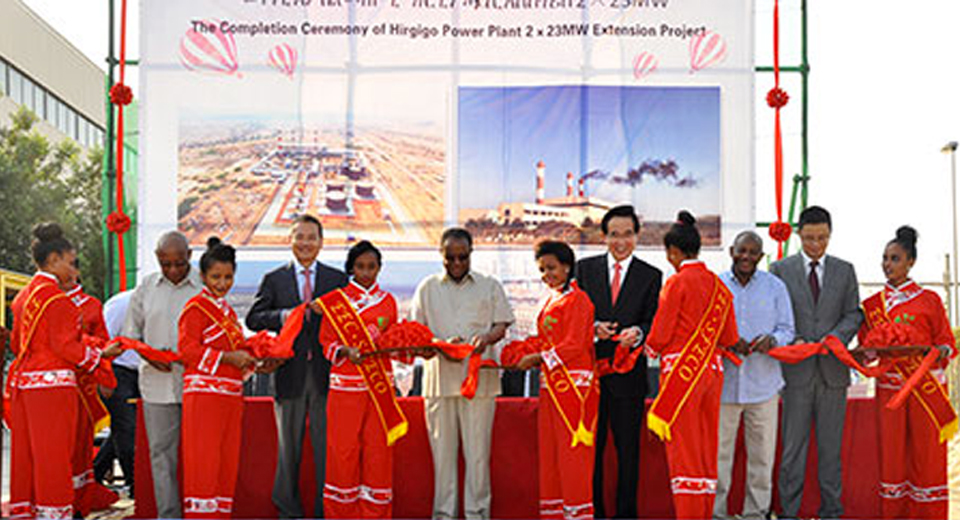 A project worth 98.6 million Dollars has been implemented to augment the electric power supply by 60%.

The project that was implemented by the Chinese SFECO Company will upgrade the electric power supply by 46 mega watts.

At the handing over ceremony conducted today, 15 November, in which Mr. Abraha Asfeha, Minister of Public Works, Mr. Hagos Gebrehiwe, Head of PFDJ Economic Affairs and other senior Government and Front officials were present, Gen. Sebhat Efrem, Minister of Energy and Mining, said that the installation of the generators is part of the huge investment the Government is making to ensure power supply in the country.

Gen. Sebhat also commended the Chinese company for the timely implementation of the project and for maintaining the existed generators in partnership with Eritrean experts.

The Ambassador of the People’s Republic of China, Mr. Yang Zigang indicated that the installation of the two new generators attests to the growing mutual cooperation between the two countries.

The General Manager of SFECO, Mr. Chen Yu said that the Company is proud for participating in the development programs in Eritrea and commended the support they received from the different stakeholders.

Eng. Abraham Woldemicael, G. Manager of Eritrean Electric Corporation, indicated that the installation of the generators coupled with the ongoing other projects will contribute in augmenting the capacity of power supply at national level.