Globalization: Does It Help The Poor? 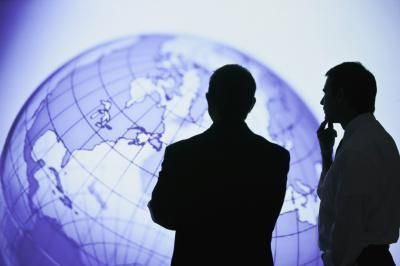 Globalization, as the Vietnamese writer Minh Tran has stated it, is the phenomenon in which the boundaries between nations and regions are blurred. It is a situation in which people, goods, information and a variety of cultures can travel from one land to another without much difficulty. It is discussed as a phenomenon that involves the extension of social, political and economic activities across political frontiers, regions and continents.

Other writers like Craig Harewood, regard globalizations as the break down of barriers namely social, political, cultural and economic barriers through improved integration whether politically or through improvements in telecommunications such as the internet or new economic policies promoting trade.

Be its definition as it may, variety studies have tried to promote the concept as an authentic model of economic, social, and political development. Of course, no one denies that globalization has benefited the few powerful west. A certain writer by the name Fred Ebonyi has this comment: “Globalization is a fluid and emotive concept, whose various interface, can best be apprehended through an in depth study of the concept of capitalism. Globalization has impacted positive, just like capitalism on economic growth, technological development and cultural advancement, so also, like capitalism it has brought untold miseries, pains and abysmal poverty to an overwhelming majority of humanity.”

As Ebonyi has said, globalization, for instance, has some success stories in some developing countries. Studies, for instance, have found out that globalization has increased the standard of life of the fast growing countries over the last five decades, such as in China, Japan and in the Four East Asian Tigers (Singapore, South Korea, Taiwan and Hong Kong). This story may, to some extent, be right but what about the other countries? Others, for example, the sub-Saharan Africa countries have experienced a serious economic turn down, not to mention Globalization: Does it really help the rest poor developing countries of Asia and Latin America. After all, if that is the truth, why do many non-governmental organization, countries, and individuals oppose globalization? Analyst for instance argues that globalization is used as an ideology by the powerful west to deceive the people about illusory benefits of a dehumanizing system; in other words, globalization is really a myth that needs to be exposed, a form of false consciousness that prevents people from seeing their true interests. It perpetuates the inequity and exploitation inherent in capitalism because globalization polarizes the globe and therefore creates an even more unjust world.

Unfortunately, it provides more of harm than advantages to the developing countries. Rather than creating rapid, universal human development, it has widened the gap between rich and poor.

Hence, many people who are concerned about the fate of the world’s poor now attribute their plight to globalization. They argue that globalization has weakened the position of poor countries and exposed poor people to harmful competition. As a result, the gap between rich and poor has indeed become more glaring in recent decades.

The impacts of globalization are not limited to the economic disparity among the people of the different lands only, but also it exposes the World to many and varied dangers. Its negative impacts are visible here and there – cultural devastation, environmental degradation. There is no doubt that we are currently witnessing cultures permanently changing by contact and influence of outside cultures. Traditional institutions and values are on the verge of destruction as a result of globalization. Studies have come out with ample evidence around the world that cultures are changing rapidly. Of course, with today’s technology, the phenomenon that has been stated in the beginning of the article is inevitable; however, today’s cultural problems of relocation and migration must be directly addressed as the direct upshots of globalization.

Currently, effects of globalization on culture and tradition, particularly, have been a matter of argument. Some scholars have been concerned in this issue for they have the belief that globalization diminishes cultural diversity. And there are many reasons to think that globalization might undermine cultural diversity: Critics have indicated that multinational corporations promote a certain kind of consumerist culture, in which standard commodities, promoted by global marketing campaigns exploiting basic material desires, create similar lifestyles. This is what is commonly known as the “Coca- Colonization.”

Again, backed by the power of certain states, Western ideals are falsely established as universal, dominating local traditions, and this is by many people identified as a “cultural imperialism” Moreover, the powerful Western counties such as the United States exert hegemonic influence in promoting its values and habits through popular culture and the news media, which is also normally branded as “Americanization.”

On the contrary, however, other scholars argue that there are good reasons to think that globalization will foster cultural diversity. Accordingly, the interaction across boundaries leads to the mixing of cultures in particular places and practice —localization. And the integration and the spread of ideas and images provoke reactions and resistance, usually addressed as contestation. Besides, pro-globalization critics argue that the phenomenon fosters global norms or practices to be interpreted differently according to local tradition, which is the universal, must take particular forms globalization. Hence, in this case, diversity has itself become a global value, promoted through international organizations and movements.

On the other end, globalization has imposed a serious destruction on the psychological infrastructure of today’s youths. Throughout the past history, the older generation has managed to transmit their beliefs, values, traditions, customs, worldviews and institutions to the younger members of their societies. This was achieved largely because of the impact of traditional agencies of socialization, such as the family, religion and the schools. Today the impact of these institutions has been challenged and undermined by new forces, particularly the internet and the television. Hence, globalization is the cause for the erosion of traditional systems and institutions. As such the family and religion now have a minimal impact on the average youngster. The values emphasized today in many parts of the West, and some parts of the developing World including individualism, materialism, secularism and rationalism have been regarded as authentic values and concepts of our World today. Consequently, the youth is being asked to give up certain family and social values that were an integral part of their identity, and adopt in its place a sense of self-alienation, and become a self-estranged imitator of everything “modern”.

Ultimately, the current discussions on youth have focused on issues such as drug abuse, crime, violence, sexuality and poverty. In addition to these, as a result of globalization, and mainly as a result of the negative impact of the electronic media, today’s youth are afflicted by new challenges such as: an identity crisis; lack of self confidence and low self esteem; a sense of hopelessness and the confusion and ambiguity concerning moral issues— confused about what is right and what is wrong.

Yet, the effects of globalization on environmental affairs are another serious concern. It takes a number of forms, including: the pollution and degradation of the oceans and the atmosphere, and the overspill of the effects of environmental degradation from one state to another. The risks of nuclear power wastes, acid rain are other dangers of globalization. This is not to mention the transportation and diffusion of wastes and polluting products across the globe or global relocation of dirty industries. This environmental degradation has been massively accelerated by a number of factors especially after WWII. Ever since the beginning of the war, an extraordinary resource-intensive, high-pollution growth has been common among the industrialized countries of the West — Russia, Eastern and Western Europe, United States of America, and …etc. Hence, we have been facing an extraordinary global and regional environmental problem, the reach of which is greater than any single national community and or generations.

Remember what the solutions of the most clear and present dangers: global warming, ozone depletion. Also put in mind that it is globalization that is leading to the destruction of global rain forests and loss of biodiversity. Globalization, therefore, is blamed for the current global nuclear threats and risks. It is the cause for the economic downturn of many developing countries; it is the source for the loss of employment and tourism.

Moreover, the loss of habitat and way of life for many river families, and the introduction of these cultures into inland cultures and complete disappearance of towns and communities are just the effects of globalization. Hence be ware of globalization and its dangers. After all, “globalization is a cloned but advanced form of capitalism and imperialism.”

Tags: Globalization: Does It Help The Poor?