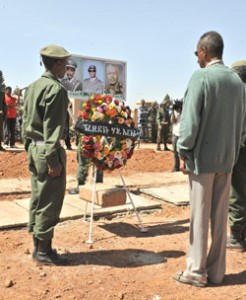 The funeral ceremony has been accompanied by Marching Band that marched from Shida Statue to the cemetery. Brg. General Tekie Russom presented the memoir of the late EPLF Veteran fighters. 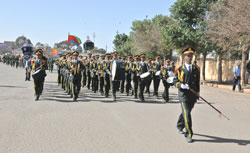 veteran fighter Brg. General Amanuel Haile (Hanjema) in 1973 and veteran fighter Desu Tesfatsion in 1947. The veteran fighters served their people and Government with dedication in different capacities. They passed away on 20 March in a car accident while they were on their way to Mahmimet to participate at the 30th anniversary celebrations of the demise of Wuqaw Iz.

The Government of Eritrea conveys message of condolence to the family members and the citizenry in connection with the passing away of the late EPLF veteran fighters.