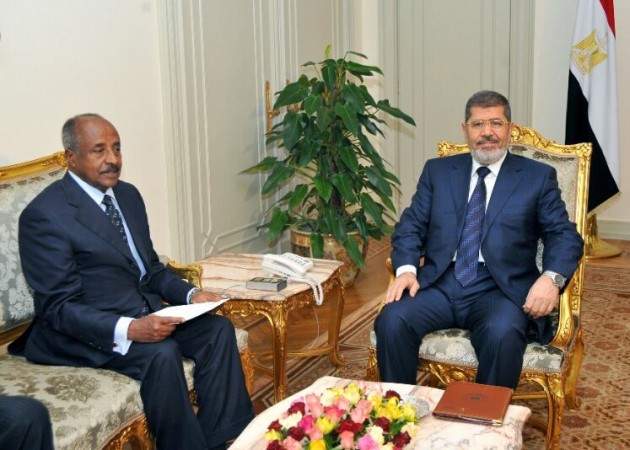 An Eritrean government delegation headed by Foreign Minister Osman Saleh yesterday delivered President Isaias Afwerki’s message to Dr. Mohammed Moursi, President of the Republic of Egypt. The President’s message focuses on bilateral relations and issues of interest to both countries.

Stating that the development of Eritrean-Egyptian ties in various domains is of vital importance, the Egyptian leader wished President Isaias good health, as well as prosperity to the Eritrean people. He further extended invitation for President Isaias to pay official visit to Egypt.

Noting that the strengthening of Eritrean-Egyptian ties is significant in promoting peace and security in the region, the Egyptian official asserted that his country would exert the necessary endeavors to this end.