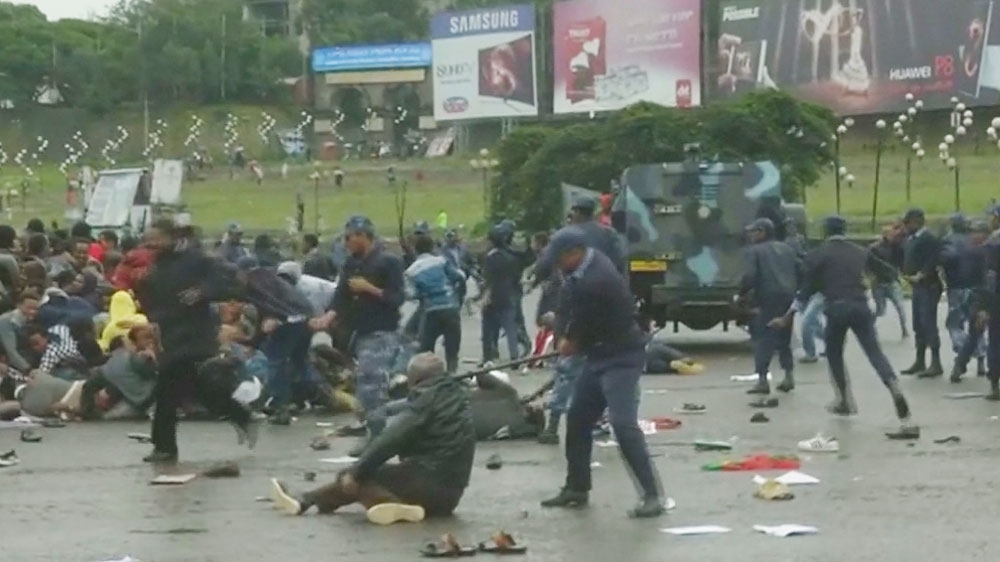 A board entrusted with overseeing the martial law declared by the repressive regime in Ethiopia says over 11,000 people were arrested since the state of emergency was declared in early October, according to the state media.

But opposition political parties say the figure is much higher than what the government bodies report. Dr. Merara Gudina, who gave his testimony at the European parliament on Wednesday put the number of arrested at 60,000.

The statement by the government says a total of 11,607 people have been detained at six detention centers across the country. The detainees were accused of inciting violence, destroying government properties and carrying flags of political parties outlawed by the regime as terrorist groups.

Dr. Gudina reported at a European Parliament hearing that at least 1500 people were killed in the last one year of protests by security forces while 60,000 were detained without due process of law. He also reported that up to 600 people lost their lives at the Ireecha religious festival in October when regime forces fired shots and used teargas at the millions of party goers resulting in deadly stampede. Ethiopian regime officials insist only 55 people lost their lives at the festival.

Ethiopia is hit by a wave of deadly protests against a repressive regime for the last one year resulting in the death of hundreds of people in the hands of security forces. In a frantic reaction to the protest, the regime declared a state of emergency last month and shutdown the Internet.