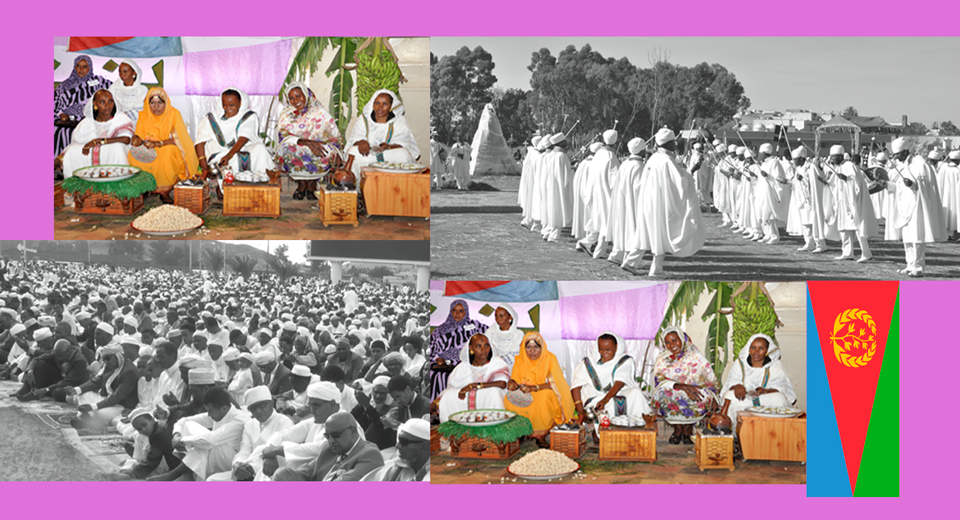 In theory many people say diversity is beauty. But in reality not many demonstrate it in practice. The reality on the ground is that we are witnessing people in many countries taking arms against each other simply because they could not tolerate each other’s diversity in terms of ethnicity and religion.

In today’s world it has become a day to day happening to hear and see bombing of places of worship because they simply belong to other religions. Killing innocent people simply because they belong to other ethnic groups. The recent “Black Matters” movement by the African Americans is the result of that. The chaos and killings in the Middle East and in some places in the Far East are the result of hatred and mistrust towards each other.

To my understanding, it is not the people that lack tolerance towards each other and see that as a curse but rather it is the policies of governments, the media, and other communication outlets that have a significant role in fuming the intolerance and hatred. Whenever some people lose at the ballet polls they blame the other group and plead their own group to raise in protest resulting in immense material and human cost.

The media also plays its part in the blame game siding with one particular group and provoking people to raise arms against those labelled as intruders. For instance a morning radio broadcast was the cause for the death of around eight hundred thousand Rwandans in a matter of one week.

The racial hatred we are witnessing in most European countries is also a good example of how people are lacking tolerance towards each other. We say, and it is a universal belief that all humans are born equal. But in reality that is not the case in many European countries. “You are black or an Arab you don’t belong here” is the norm of the day. And as a result, riots, killings, burning of cars and property are becoming the order of the day.

The main causes of racial and religious hatreds are also as the result of supremacy of one ethnic group over the others. Inequality results from lack of equal distribution of resources and persistent isolation. And those who feel that they are neglected and isolated, it is imminent that, one day they will rise up in protest to ensure their rights. This has been a historical fact throughout history.

That being the case in many parts of the world there are also countries in which their citizens live in perfect harmony and tolerance. Without being biased, and considering that many others have confirmed in their writings, Eritrea is one of the few countries in which its people live in complete harmony, living side by side in respect with each other’s culture, religion and ethnicity. One may ponder and ask what is the reason for that?

Eritrea is home to nine ethnic groups and two religions. The harmonious living and tolerance to each other was the culture of the society from the beginning in history, developed during the armed struggle for independence and well maintained in the post independence years.

My intension to write this article emanates from my observation of the recent two holidays we celebrated. The Geez New Year and Eid Al- Adha Al-Mubarek. I happened to be near the two big places of worship, Saint Mary’s Church and the Al- Khulafae Al-Rashideen Mosque. The two places of worship are not more than hundred meters apart from each other.

The Geez New Year was celebrated on Sunday 11 September and the following day was Eid Al-Adha. While the Christians were returning from the Church, the Moslem community greeted them with “Happy Holiday”, as did the Christians the very next day when the Moslem community were returning from the prayer ceremony from Bahti Meskerem Square. Where does one find such a noble culture of acceptance and respect towards each other’s culture and religion? I was mesmerized. It was not for the first time that I had witnessed such that but every now and then I just get motivated.

and what kept it developing over the last three decades. With that I found myself going back to history and remembering the two religious communities led by their vanguards, Mr. Woldeab Woldemariam and Sheik Ibrahim Sultan gather in one place to dine together and vow not to divide the Eritrean people in terms of religion and to help each other fight for the Eritrean people’s independence and sovereignty.

And if we see the long years of the armed struggle for independence, Eritreans irrespective of age, sex,

culture, religion and ethnicity differences they had struggled hand to hand to achieve their independence. They had one belief and only one and that was Eritrea’s independence. That culture was in continuation of a culture from previous generations and was developed in the field. The culture of working together, fighting together for common cause, eating together without giving attention to religion or ethnicity developed there.

The culture of tolerance and living in harmony also continued in the post-independence years. During religious celebration it has become a tradition for everyone to wish each other wishes of happy holiday, not only when meeting in the streets but also by going to each other’s homes.When we talk about tolerance in diversity there is one piece of quotation that repeats in my mind “Before people can learn to appreciate other cultures, they need to tolerate what might seem strange to them at first and respect what they do not understand.”