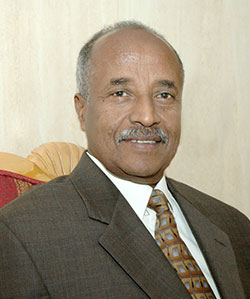 Asmara, 06 November 2013 – The Eritrean Ministry of Foreign Affairs has today called for a speedy repatriation of the Eritrean nationals bodies who lost their lives in the boat accident at the Coast of Lampedusa Island as a result of human trafficking on the 3rd of October.

Eritrean Minister of Foreign Affairs, Mr. Osman Saleh has today summoned the Italian Embassy Charge de affairs in Asmara to reiterate the urgency of repatriating the bodies to their final resting place. Minister Osman reminded the Italian charge de affair about the last written request made by the Eritrean government on the 18th of October and the continuing efforts that are being made to repatriate the bodies by the Eritrean government, however to date it has not received a satisfactory response apart from a letter received on the 5th of November stating the identification process of the bodies is ongoing with experts in International red cross.   Minister Osman further underlined the need for a speedy response to this important national matter and to end the suffering of the families who are waiting to put the bodies of their family members to their final resting place.

•    that the Italian government needs to clearly state what kind of cooperation is needed from the Eritrean government,

•    asked the Italian government to clearly state its full commitment that the bodies of the Eritrean nationals would start being repatriated as soon as possible.