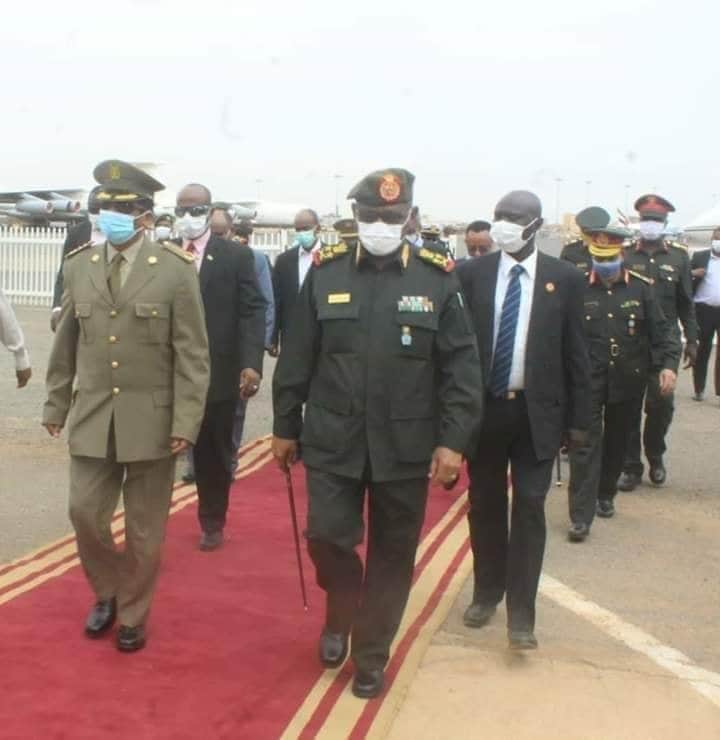 Eritrean Chief of Staff, Lieutenant General Philip Yohans, accompanied by the Director of the Security Service and the Commander of the Navy arrived in the afternoon in Khartoum, and he was received at the Khartoum Air Force, Chief of Staff, the First Lieutenant General Muhammad Othman Al-Hussein, and the Director of the General Intelligence Service, the First Lieutenant Jamal Al-Din Abdul Majeed and the Inspector General, Staff General Abbas Daroti, along with the Eritrean ambassador to Khartoum.

and it is expected that a session of joint talks between the two sides will be held tomorrow.