Eritrea : Seminar for 31st round members of National Service 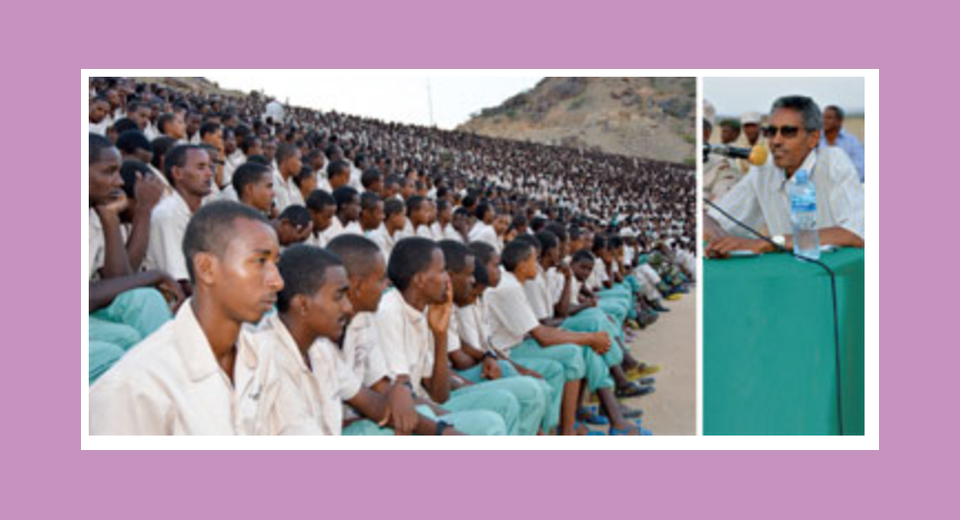 Brig. Gen. Abraha Kasa, Head of the National Security Agency, said that Sawa is a hub in which the nation’s youth from different ethnic groups and background come together and acquaint themselves with one another’s culture and thereby develop unity and nationalism. He made the statement at a seminar he conducted on 3 September to the 31st round members of the national service in Sawa.

Brig. Gen. Abraha noted that strengthening organizational capacity and active participation is vital in the efforts to ensure social justice and building a prosperous nation.  He also called on the youth to properly use the educational opportunity provided and equip themselves with the necessary knowledge and play due role in the nation building process.

He underlined that fully comprehending past experience, cumulating general knowledge, identifying opportunities and challenges, avoiding sub-national sentiments, facing challenges in unison, as well as love of country and commitment are some of the shining values that were developed during the armed struggle for independence.

Brig. Gen. Abraha went on to say that these values were highly instrumental for realizing the Eritrean independence and safeguarding the national sovereignty as well as foiling the external conspiracies.

Pointing out “The secret of our victory was not mass of mineral resources but conscious and united human resources”, Brig. Gen. Abraha called on the youth to stand firm and stay vigilant in challenging the psychological warfare to derail the youth from inheriting the noble societal values and the unmatched history of their country.

The participants on their part expressed that such seminars have significant importance in developing their awareness and called for their sustainability.

Tags: Eritrea : Seminar for 31st round members of National Service