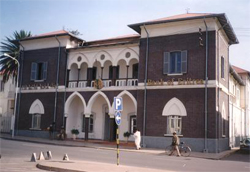 SINO-ERITREAN business relations go back to the beginning of Eritrea’s independence, and in recent years, China has made significant contributions to the African country’s growth, especially in infrastructure, such as hospitals, roads, schools and other amenities. China also supports Eritrea in developing its industrial, agricultural and mining sectors.

As a virgin territory, there are significant opportunities for Chinese investors to participate in developing Eritrea’s potential across the board. Now, however, experts within the financial industry are calling for more investment in the country’s infrastructure; the knock-on effects of which will help this fledgling sector take flight.

A government owned bank, which has 17 branches throughout the country, the Bank has arrangements with several international players, and accepts savings deposits, demand deposits, and deposits in local and foreign currencies for the Eritrean diaspora.

General manager Yemane Tesfay outlines the challenges of the financial system, and his vision for the state owned company.

“Competition is small,” he begins. “Eritrea’s financial system is under banked. There is one commercial bank, the Bank which has 85 % of the market, the Commerce and Housing Bank, which has between 10 % and 12 % shares, and one small investment bank. We have always been eager to reach a larger number of customers, and will keep growing because people are used to banking services.”

We have around 500,000 depositors, from a population of 6 million. We are also concentrating on small enterprise lending. We even give consumer loans at less than US$400, for people to buy furniture, cars, motorcycles, houses, or pay medical expenses.” Although the bank renders credit facilities to all sectors; agricultural, manufacturing, domestic and foreign trade, Tesfay regrets that Eritrea’s financial system does not yet have derivatives, money markets, foreign exchange or stock exchange facilities, or even ATMs.

“As the President has said, we need investment in infrastructure before any of this can be put in place,” he says. “The development of the energy sector is crucial, for example. We are not confident with our power supply, so all our branches have standby generators, even in the small and rural areas. If we had a dependable power supply, we wouldn’t need them.”

IT development is another key issue. “I would like to see Chinese banks investing in the banks here, or having separate overseas branches, so that they can share their experience with us,” Tesfay says. “We need foreign investment in the banking system because we cannot develop it on our own, no matter how ambitious we are.

“Eritrea may be small to Chinese banks now, but in the coming years, if the mining sector develops the way it is starting to, we will be a very attractive country. We have a lot of virgin land and investors can benefit from a first-mover advantage.”

As Tesfay explains, the Bank has many foreign corresponding entities, including the Commerce Bank, ING, Citibank and around 40 European and US banks. “We are connected by SWIFT and there is no problem transferring or receiving money.

However, if the Chinese come and invest in the existing banks, even with a small percentage, they can intervene in management decisions. If the mining sector takes off, the shortage of foreign currency will be history.”

Automation and skilled manpower will be the main challenges in the bank’s development, Tesfay points out. “Automation is very necessary; we have dynamic IT people in-house, but as I’ve said, we need infrastructure, a dependable power supply, skilled manpower and an attractive remuneration scheme. Being state owned, that is not easy.”

At the National Insurance Corporation of Eritrea Share Company (NICE), General Manager Zeru Woldemichael is keen to get Chinese participation and make the company more competitive. “We have spent the last two decades making people aware of the need for insurance,” he says.

NICE was established in 1991 and privatized in 2004. It was the largest privatization drive in Eritrea’s history with around 1,700 Eritreans investing and becoming new members.

According to a report undertaken by MunichRe, one of NICE’s reinsurance partners, around 750 Eritreans at home, and more than 1,000 abroad bought NICE shares. Other shares are owned by the Martyrs’ Trust Fund, with the remaining shares — some 60 percent — by the government.

Thanks to its skilled and prudent financial as well as operational management, NICE has shown remarkable growth in recent years, with most of its activities concentrated in non-life activities, such as car, marine, livestock and fire and accident insurance.

“Even though we look as though we have monopolized the market, we have a number of competitors around us and we need to penetrate the market,” Woldemichael says. “We act as insurance company for the country and we are also the ones who advise on how the country manages its risk when it comes to the power plant, Eritrean Airlines, and the mining industry. When a concerned government institution or company needs advice on what is the best way to handle their risk, we provide it.

“If a Chinese underwriter came to me, I would tell him that I have some insurance that I need some support for, especially for the big power plant in Massawa, where the insurance is between US$120-150 million. In our experience, Chinese investors look for an insurance company in China.”

The growing mining industry is playing a larger role in NICE’s activities.

“There are a few companies in the industry that are on the right track. In another few years, we’ll see not only the Bisha mine, but another four or five of them. One company is trying to set up by the end of next year or 2013 by the latest. Another three might come on board by 2015-2016.

“So these are some of the things that we are looking at. This is a situation that is changing drastically on a global and regional level. It gives us hope. However, when you go to the stock market or over the counter trading in terms of stock, you must have a conducive political and economic environment.

“All the shares have specifically been sold to Eritrean nationals wherever they are. We said let the Eritrean nationals take an advantage of  it. So we have about 1,650-1,700 shareholders. Some of them own only 1 or 2 shares so the number is quite big and we do the AGM every year. They are the ones that approve the annual reports and we have been paying dividends since the time of our establishment and especially after privatization in 2004. So everybody is happy.”

Woldemichael is also looking at the introduction of micro insurance.

“We need to be able to go out of where we are now and study the rural population at large and see if they need medical insurance, life insurance or agricultural insurance,” he says. “I would also like to look at the oil industry in South Sudan. We don’t know how to insure it and where to insure it. And there are quite a lot of Chinese investors there. It is booming. At the end of the day, we are talking about a 2 billion dollar share of oil they have. That is a huge amount in the market.”