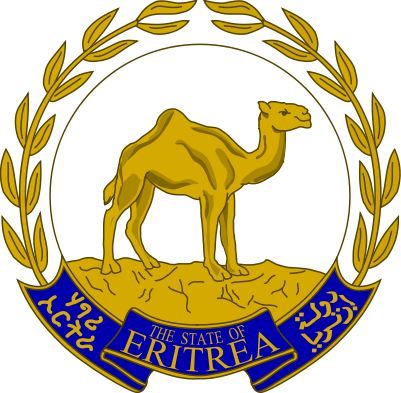 Ambassador Girma Asmerom, Special Envoy of the President and Eritrea’s Permanent Representative to the AU and UNECA in interviews he gave, on 06 November 2013, to the Tigrigna and Amharic services of the Voice of America (VOA), rejected the attempts by Ethiopian Government officials to associate Eritrea with the groups that they claimed were planning terrorist attacks in the country.

• Rejecting Ethiopia’s baseless allegation against Eritrea, Ambassador Girma said, “I have no comment on or problem with Ethiopian Government officials’ recent alert on possible terrorist attacks by certain groups. It is their prerogative to warn their citizens and the international community to be vigilant. However, I completely and categorically reject their attempt to link Eritrea with these groups. It is pure fabrication. It is part and parcel of the disinformation and defamation campaign that is pursued for the last 15 years by the Ethiopian Government against Eritrea. As was the case in the past, the current fabricated allegation is based on the maxim that ‘a lie told repeatedly might be taken or perceived as the truth.’ It is clear to all observers that the modus operandi of the Ethiopian Government is to blame Eritrea for its internal and external problems. I hope that Ethiopian Government officials will stop accusing and blaming Eritrea. Moreover they cannot be the accusers, witnesses, prosecutors and judges.”

• Elaborating on the motive and the purpose of Ethiopia’s baseless allegations against Eritrea, Ambassador Girma said that, “it is meant to divert the attention of the international community from urging Ethiopia to respect international law and its treaty obligations, and to unconditionally withdraw from all of the sovereign Eritrean territory it is occupying, including the town of Badme.”

• Emphasizing the fact that attacking civilian targets or supporting terrorist elements is not in the tradition or culture of the Eritrean people, nor is the policy of the Eritrean Government, Ambassador Girma said that, “it is contrary to the culture and values of the Eritrean People and Government. We have never supported terrorists in the past and we will never support terrorists in the future. Let alone today when we are bound by international norms and treaties, even during our armed struggle for independence when we were not party to any international treaty or obligation, we never carried out or contemplated actions that will put civilians and innocent people in harms way. This is known to the current Ethiopian officials who in the past were our comrades-in-arms and whose values and vision were almost similar to that of ours.”

• Appealing to the international community to scratch the surface and understand Ethiopia’s diplomatic and political games and manoeuvres, Ambassador Girma said that: “The international community must urge Ethiopia to respect its treaty obligation and unconditionally and immediately withdraw from sovereign Eritrean territory it occupies including the town of Badme, so that peace and security and regional integration in the Horn of Africa can become a reality. The people of Eritrea and Ethiopia deserve to live in peace. They must be supported and encouraged to concentrate on their economic development agendas.”

• Alerting the international community on the Ethiopian Government’s claim that it has ‘credible evidence,’ Ambassador Girma recalled former US Secretary of State, Colin Powell’s PowerPoint presentation to the UNSC claiming that Sadam Hussien owned W.M.Ds. He explained that, “Colin Powell’s slideshow presentation was taken as credible evidence and war was declared, Iraq was invaded, and Sadam Hussien was overthrown but no W.M.D was found, and peace in Iraq has remained illusive.”

• In conclusion, underlining Eritrea’s vision for the Horn of Africa, Ambassador Girma Asmerom emphasized that, “the strategic Horn of Africa first and foremost belongs to the people of the region. The machinations of the major powers to destabilize and control the Horn of Africa for the advancement of their Geo-political agendas and economic interests must be stopped and collectively challenged.”