Eritrea has been exonerated and remains UN-vanquished! 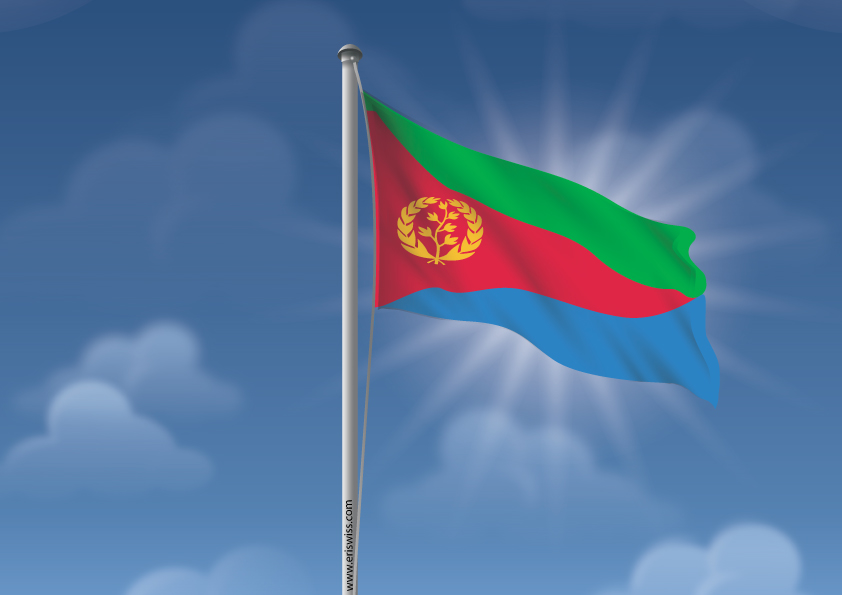 “…The United Nations Security Council is set to vote on Wednesday to lift a nearly decade-old arms embargo and targeted sanctions on Eritrea, diplomats said, after the country’s rapprochement with Ethiopia and thawing of relations with Djibouti… Diplomats, speaking on condition of anonymity, said the 15-member council completed negotiations on Monday and agreed on a British-drafted resolution to remove the sanctions, which were imposed in 2009 after U.N. experts accused Eritrea of supporting armed groups in Somalia. Eritrea has denied the accusations…A resolution needs nine votes in favor and no vetoes by the United States, China, Russia, Britain or France… Diplomats said Wednesday’s vote was likely to be unanimous…The draft resolution, seen by Reuters, would immediately remove the arms embargo and targeted sanctions – a travel ban and asset freeze – imposed on Eritrea…”

While all that is great, there is something missing in the news report.
It fails to mention the fact that for nine long years, despite making outlandish accusations, the UN Monitors were unable to find any verifiable evidence to support the outrageous allegations. What Reuters also omits is the fact the minority regime in Ethiopia was the main informant against Eritrea, until its downfall a few months ago. But how does that happen? How does a country get sanctioned based on false allegations?
That is exactly the question Representative Dana Rohrabacher of California was asking when he wrote the following on Twitter:

“…Kudos for lifting U.S. sanctions on Eritrea. The question is not that the sanctions should be lifted by the #UNSC; but why & how the illegal and unjust sanctions were justified in the first place by the Obama Administration and its cronies….”

The dishonest activities of the US Mission exposed by the leaked American Embassy Cables (via WikiLeaks) expose the cynical behavior of Ambassador Susan E. Rice and her team. The manner with which UN Security Council Resolution 1907 and 2013 were adopted exposed the ugly diplomatic arm-twisting, the behind the scenes skullduggery, and crude abuse of power against a small African state. The Council was hoodwinked by members of the Obama Administration, especially Ambassador Rice, who worked closely with Meles Zenawi’s regime in Ethiopia, to engineer the illegal, unjust, and unfair sanctions.
23 December 2009 will long be remembered by Eritreans as a day of evil, vengeance, and vendettas. On that day, Rice made these audacious comments to the press after the Security Council adopted the illegal and unjust Resolution 1907:

“…I want to talk about the resolution we just adopted imposing sanctions on Eritrea. This was an African initiative. It was the consequence of a decision taken by the African Union… From the United States’ point of view, let me say that we have for many, many months sought a constructive dialogue with the government of Eritrea…We did not come to this decision with any joy – or with anything other than a desire to support the stability of peace in the region…”

Despite its lengthy and righteous wording, Security Council Resolution 1907 smacked of shame, deceit, and treachery. That so-called “African initiative” illustrated abuse of power and utter contempt for the intelligence of Africans, in general, and the astute and conscious law-abiding people of Eritrea, in particular.

With the exception of a few gullible individuals, no self-respecting Eritrean believed that it was truly an “African initiative”. Their suspicions were not for naught. The very next day, on Christmas Eve, it became abundantly clear that it was not an “African initiative” when the 28-member Community of Sahel- Saharan States (CEN-SAD) issued a press release in connection with the sanctions against Eritrea and condemned the Security Council Resolution against Eritrea. Today, thanks to the revelations in the WikiLeaks cables, there is ample evidence to show that it was Meles Zenawi’s regime in Ethiopia and Susan E. Rice, the US Ambassador to the United Nations, that were the primary architects of the sanctions regime against Eritrea.

Let us also not forget the sordid spectacle at the African Union and at the Intergovernmental Agency for Development (IGAD), where members colluded with the minority regime in Ethiopia to manufacture the outlandish allegations against Eritrea. The cables also expose the manner with which Africans were pitted against each other and used as tools in a US-Ethiopia plot to ensnare Eritrea in “stand alone sanctions”. Eritrea became the sacrificial lamb in a political drama designed to isolate and muzzle her voice in the Horn of Africa region.

The sanctions against Eritrea were extreme. It was ironic that the Security Council, which had remained silent as Eritrea’s sovereign territories remained occupied by Ethiopia, in violation of international law and the UN Charter, had no qualms about exaggerating a non-existent border issue with Djibouti – one that was fabricated by Ethiopia to begin with. Adding insult to injury, the Council knew that Ethiopia was behind the erroneous initial allegations contained in the UN Monitoring Group’s report, but it used those very same reports to hurriedly sanction Eritrea at the behest of the United States and Ethiopia.

The fact that the Somalia Eritrea Monitoring Group (SEMG) relied exclusively on information from Ethiopia and its surrogates, encouraged and emboldened the minority regime to produce even more preposterous allegations. When the Security Council outsourced its mandate to the regional organizations, the African Union and IGAD, it essentially outsourced it to the minority regime in Ethiopia. Susan Rice provided the regime with diplomatic and political cover, supporting its belligerent behavior in the region.

The nine year saga involved gross irregularities in the SEMG’s investigation and its conduct was marred by the absence of professionalism, which even resulted in the firing of some of its members. Unfortunately, there were some on the Council who chose to rely on information provided by informants of questionable credibility and known anti-Eritrea biases. Furthermore, some members with sinister motives used the Council to advance their own illicit foreign policy agendas in the Horn of Africa. Despite all of that, Eritrea stood firm and remained in compliance.

The SEMG reports read like spy novels. Eritrea was accused of delivering arms across borders it never had or has with Somalia. The reports also contained fantastic information about bogus flight plans, phantom pilots, and shady men with deep pockets. Padding the documents were stories about fake business fronts and payment receipts signed by non-existent entities and “offshore business partners”. The reports may make for an interesting movie screenplay, but they did nothing to convince anyone of Eritrea’s guilt. However, at the UN Security Council, the reports would serve to falsely convict Eritrea.

What is interesting (in a negative way) is that in 2010, in its first report since Eritrea was included in its mandate, the UN Monitoring Group was already backtracking and toning down its accusations against Eritrea. Here is what it wrote:

“…By late 2009, possibly in response to international pressure, the scale and nature of Eritrean support had either diminished or become less visible…”

Despite that acknowledgement, for the last nine years, the SEMG reports delved in diversionary speculation about Eritrea. The media, in turn, disseminated the false allegations which were then used by academics, think tanks, NGOS, policymakers, and even service providers to malign Eritrea.
Some of its “investigations” went beyond the scope of its mandate, but on Eritrea’s support for Al-Shabaab, the main reason that Eritrea was sanctioned, its findings remained consistent and read much like its 6 November 2017 report, which stated:

“…Throughout its current mandate, the Monitoring Group investigated allegations by a neighbouring Member State of support provided by Eritrea to Al-Shabaab in Somalia. Despite receiving some corroborating information from another regional Member State and regional administrations in Somalia, the Group has not been able to substantiate the allegations. As such, the Group has, for its fourth consecutive mandate, not found conclusive evidence of support provided by Eritrea to Al Shabaab…”

So Eritrea was wrongly convicted in 2009 based on allegations by Ethiopia, cleared of all charges by the UN Monitoring Group since 2009, yet the sanctions persisted until 2018. What does that say about the credibility, integrity, and efficacy of the UN Security Council? What about the confidence of member states in its ability to fulfill its Charter-mandated duties with fairness and equity?

Sanctions are supposed to be used to enforce international law, but in the case of Eritrea, sanctions were not only outside of the law, they were used to pursue the foreign policy agendas of the United States and Ethiopia. The sanctions violated Eritrea’s sovereign rights enshrined in the UN Charter and worse, they were based on false information. Eritrea was maligned in the mainstream media and her people everywhere faced hardship, stigmatized by the ugly allegations contained in the SEMG reports. Had Eritrea been a person, the exoneration would be followed by monuments, street signs, scholarships, and financial compensation. But what happens when a country is exonerated of an injustice caused by the very system that is supposed to uphold and defend states and their peoples against such abuse?

November 14 will be yet another historical milestone in Eritrea’s history. After nine very difficult years, Eritrea has been exonerated and remains unvanquished. The same cannot be said about Susan Rice and her TPLF-cronies. Congratulations to the people and government of Eritrea for their resilience and steadfastness!

Disclaimer: articles published in this column do not reflect the stance or opinion of Eritrea Profile

Tags: Eritrea has been exonerated and remains UN-vanquished!