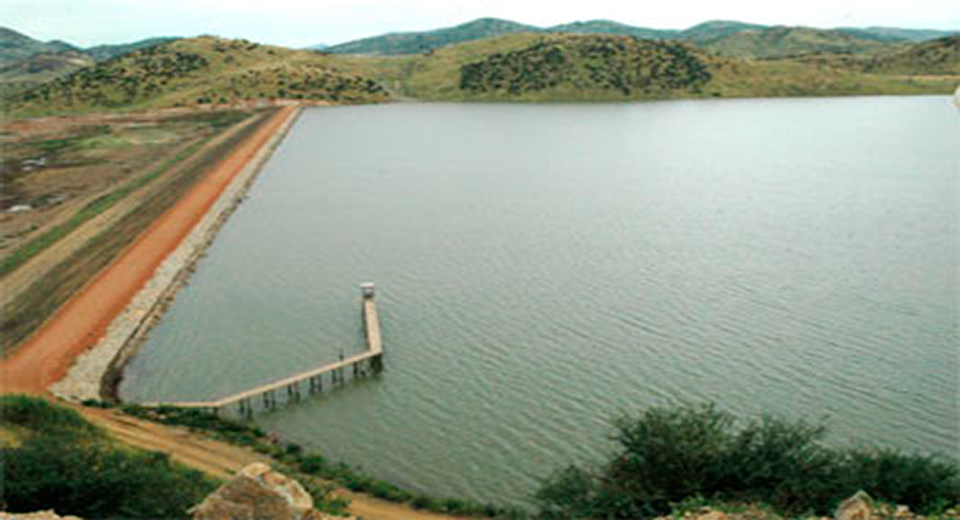 If there is ever a region that exemplifies Agro-Industry of Eritrea, it’s the Gash Barka Region. A frenzied sprawl of 2.1 million people and is the largest region in Eritrea. It’s also a place where you find eight out of nine ethnic groups live together in harmony. Gash Barka is located in the south western part of Eritrea. It borders Sudan in the west and Ethiopia in the south. It is 2300 meters above sea level. The temperature ranges from 12 to 48 degrees centigrade. The Gash Barka region has 834 large and small cities.

Gash Barka region is a 3-hour drive west of Asmara, the capital. I had a chance to visit this region some time ago with a group of friends. The morning light had enlarged, increased greater intensity, and lay in a clean sheet across the field, giving it a silver coloring. Yellow trucks marked Bisha were in sight pushing their way and a caravan of camels traveling parallel to a tree-wreathed riverside. Barentu is the regional capital of Gash Barka. The trip to Barentu takes you through Anseba Region passing over the Anseba River through the Alegeder agro-industry and into Agordat with its beautiful and serene landscape. Barantu is situated on the fertile plains and is homeland of the Kunama ethnic group. From here, looking east across the rows of small cities, the Barka river was visible beyond the tops of the hills. As you near Teseney you cross the Gash River. It was a fine September day of the sort we saw rarely, cloudless and July warm; if you stood where there were no shades the glints among the herds and herders in the distance.

The Government has been vigorously investing in various water harnessing schemes in the past fifteen years. Big strategic dams have been constructed in major river basins and potential catchments increase the land under irrigation. The nationwide soil and water conservation programs have been ongoing to revitalize the environment and boost the potential of the agriculture sector. Converting this investment into profitable project calls for private sector investment in agriculture in the country. The agriculture of the country offers varied potential, in different agro ecological set ups. Major Agro ecological zones with big potential for agricultural investment are the sub- humid escarpment moist central highlands, moist western lowlands and the dry western low lands. During our meeting with the Governor of the Gash Barka region we were told that there are various socio-economic developments and the exploitation of natural resources such as agriculture, and mining. The governor also talked about the investment opportunities that are available. The Governor made it clear that venture capitalists are the most to benefit as agro-industry needs large amount of capital and has opportunity to grow with backward and forward linkages. He also stated that priority is given to nationals and Diaspora investors and he encouraged the group to form cooperation and come with sufficient capital and invest in the region.

The Agro-Macro development policy is impressive, with irrigation-based agriculture in place that has increased output and created surplus in cereals, vegetables, fruits, and livestock. In Gash Barka region over 160 dams, micro-dams and water catchments and diversion schemes have been constructed and over 100,000 hectares of land have been cultivated through irrigation, splash irrigation, and drip irrigation. Agro-industries have been put in place. Aligider, Gerset, the two Fancos, Badimit, completed in 2012, and the newly constructed agro-industry in Alemayet sub-region are examples of what has been accomplished. In aggregate these dams have the capacity of holding over 300 million cubic metres of water. It is no joke to see dams so large that one may mistake them for the Red Sea.

To promote sustainable development and to achieve food sufficiency growth based on the development of Agro-based industries in Eritrea is fast developing. The Eritrean crops, fruits, vegetables and livestock cooperation have become fully functional. Irrigation based agriculture is being used to increase output and create surplus in cereal crops, vegetables, fruits, and livestock. Dams, micro-dams and water diversion schemes that were constructed are being fully utilized. Poultry farms, honey farms and animal husbandry are new industries that have been expanded. In the Alemayet agro-industry there are 10,000 dairy cows and 30,000 cattle for meat production,supplying meat to the general public for a fair price. 10,000 hectare of land has been cultivated for wheat. The Alemayet agro-industry is equipped with 200 tractors, cultivating the land for different cereal crops, vegetables and fruits. It also has animal feed production unit. Gerset has been expanded to accommodate individual farmers with the entire infrastructure in place. Gerset has cultivated 10,000 hectars of land with lemon, mango, and palm trees to yield dates and oranges. It also has cattle ranch, sheep and goat farms. Gerset Agro- Industry has opened employment opportunity for 3,000 local residents who had repatriated from Sudan. Fanco Rawi and Fanco Tsemue have planted citreous fruits, vegetables, onions, red pepper and tomatoes; the Fanco farms are suppliers of tomato to Alebu Banatom factory for export. Aligider has been partitioned for individual local farmers who have planted the land with milt and sorghum. Badimit’s Ketaye agriculture has 20,000 hector of land cultivated with different varieties of crops. The Western low lands have not only become the agro-industry hub of Eritrea but also offered us the agro-tourism industry, beautiful sights and changing agents of the eco-system.

Food sufficiency has been achieved and export markets are developeding. The Alebu and Afimbol industry have been exporting tomato paste to Europe. The Alymayte, Gerset,

Fanco export live animals to the Arab countries. The Alebu food storage with a capacity to hold 2,000 tons of vegetables, fruits, meat and fish is at the completion phase. At completion the storage will be able to store from -10 degrees to 10 degrees with deepfreeze in place. Agro-industries are expanding. In order to be competitive and export high value-added agricultural products, the Agro-industries have created a post-harvest system, sanitary standards and technical requirements in packing and labeling. The Eritrean government has invested large sum of foreign currency to meet the export requirements. Proclamation NO. 170/2012, Legal notice No. 121-123/ 2012 has fulfilled the incorporation of Agro- industry and requirements for traceability of export products and marketing.

Economic success, being rich and powerful all come through hard work. The individual farmers who are farming in Aligder, Gerset and the agro-industrial zone are the future billionaires. Eritrea has gone through an economic transformation from traditional farming to agro-industrial farming. This is the time, time of opportunity when people who have vision and talent become rich. People from different social backgrounds reach their lofty status through a combination of ability and opportunity.

The fertile plains of the Gash Barka region are suitable for farming and grazing of animals. Endowed with three large rivers- Setitt, Gash and Barka – 10 big dams, 32 reservoirs, 118 micro dams and apro-industries with modern equipment, the region is fast becoming the apro-industry hub of Eritrea