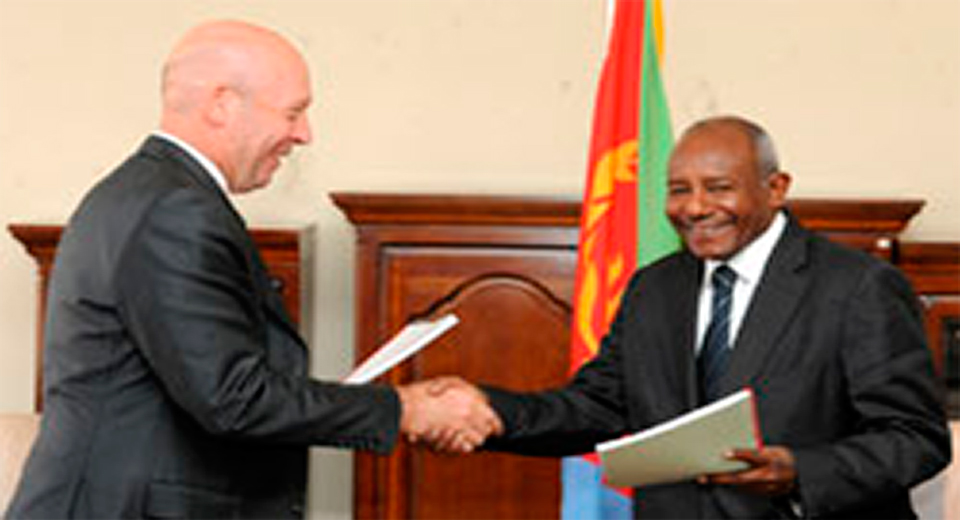 Eritrea’s Ministry of Energy and Mines and Colluli Mining Share Company yesterday signed an agreement to engage in potash mining operations in the Bada area of the Northern Red Sea Region.

Gen. Sebhat Ephrem commended Colluli Mining Share Company for its unwavering determination to partake in mining operations in Eritrea and affirmed that the Government of Eritrea and the Ministry would extend strong support in all its activities.

Seamus Cornelius praised the strong support given to the project by the Eritrean government. He also expressed his desire for the company to engage in operations that serve the interests of all parties to the agreement.

Mr. Alem Kibreab, Director General of the Mining Department at the Ministry of Energy and Mines, underlined that proximity to sea routes and shallowness of potash deposits—sitting at the depth of only 16 meters—gives the project unique commercial advantage relative to other projects.