Economic lessons from the most unlikely country : Eritrea 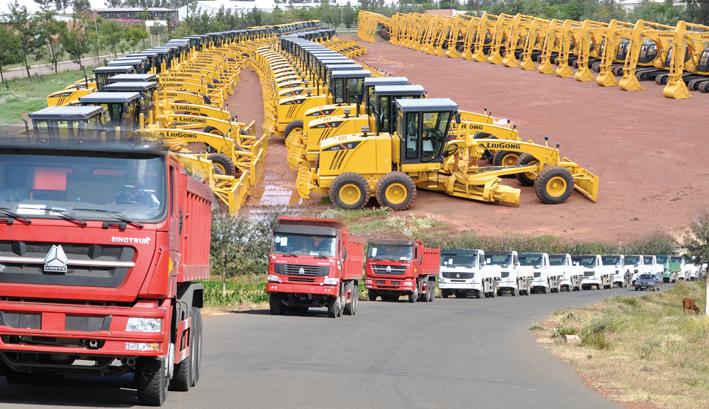 The recent drought and resultant famine that hit the horn of African countries has brought back Eritrea to the spotlight, with analysts saying Eritrea too is suffering silently, though Eritrea’s former Marxist rebel leader and current president Isaias Afwerki still maintains he is not ready to lead another “spoon fed” African country that relies on foreign aid as remedies to internal shortages. Eritrea is doing something unheard of in Africa – it is turning away millions of dollars in aid, including food donations from the World Food Programme. The poor country turned down offers of more than $200 million in aid from ‘hypocrite western donors’ last year alone.

Unlike its arch-rival Ethiopia whose citizens have for many years consecutively been beneficiaries of food aid, the U.N. World Food Program says it hasn’t distributed any food in Eritrea since 2005, nor has it received requests for food assistance.

“These are crippled societies” Isaias says of neighbors whom he described as relying on donors rather than developing their economies. “You can’t keep these people living on handouts because that doesn’t change their lives.” gloats Isaias who says nations who depend on donors are promoting beggary mentality amongst the masses.

Isaiah, a proud and feared general dubbed “bad man from the horn of Africa” for his alleged troublesome role in the region, heading a small, secretive nation on the Horn of Africa, is taking a path that not many African nations can claim to take. The revolutionary leader who was once praised as the George Washington of Eritrea insists he wants to instill the spirit of self actualization in his people, in order to avoid dependency syndrome and enslaving effects of foreign aid. The reason for walking out on aid, given in a January 26 2011 notification letter to UN from the country’s powerful Finance Minister, is that “aid only postpones the basic solutions to crucial development problems by tentatively ameliorating their manifestations without tackling their root causes. The structural, political, economic, etc. damage that it inflicts upon recipient countries is also enormous.”

While scores of diplomats say Eritrea is suffering from a self imposed sanction, there is some progress in areas of food security. A self-reliance program had been launched a decade ago, and was further accelerated sharply in 2005. Relying on its meager budget and the conscription of about 800,000 of the country’s citizens, the program so far has shown promising results. It might be one of the most ambitious social and economic experiments underway in Africa. But Eritrea isn’t getting much credit.
Instead, the government increasingly finds itself in the international doghouse, largely because of its poor human rights record, isolationism and belligerent stance toward its neighbors and the West.

It is rather unique that this country that many could possibly imagine as being very desperate of countries is faring quite well in meeting health related Millennium Development Goals. Measured on a variety of U.N. health indicators, including life expectancy, immunizations and malaria prevention, Eritrea scores as high, and often higher, than its neighbors, including Ethiopia and Kenya. Between 2000 – 2006 Eritrea managed to reduce infant mortality rate by 50% according to World Health Organization statistics, it still managed to eradicate polio and reduce of death due to malaria

The juxtaposition of Eritrea with other equally poor but aid recipient countries raises a very crucial question whether all the aid had been effective at all, given the fact that some aid recipient countries are not exactly far ahead of Eritrea as should have nominally been the case. Though a struggling one, Eritrea also boasts of a national Airline, a far cry for other aid taking countries who sold their planes a long time ago.

Even to those who don’t agree with Isaiah’s human rights record and autocratic credentials, his philosophy on self sustainability and ‘local solutions for local problems’ are indispensable lessons that all sound minded peer African heads of states can learn from him, since even after 50 years of foreign aid some African economies are regressing, yet their international debt burdens are on the increase.

Tags: Economic lessons from the most unlikely country : Eritrea