Disinformation: drown the fact in a sea of deception 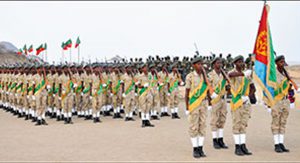 Today the world is producing more food is than needed, yet many people starve. Many peace talks and agreements are made and issues tabled, yet peace and genuine resolution are out of reach of many people. We are frequently lectured and deafened by Human rights but in reality the world has witnessed violations it has never seen before. Information and knowledge are proliferating in this age more than ever before, yet we’re actually getting dumber and dumber.

Misinformation and disinformation have been the subject of theoretical research in information science and much has been said to define these two terms in isolation. But the theoretical debate and discourse is for information scientists. We don’t need to distinguish misinformation and disinformation as both mean inaccurate and misleading information that equally harm our ability to recognize the fact. Both involve the production and distribution of false, mistaken or misleading information to obstruct the truth. Therefore, we should understand and combat both misinformation and disinformation. Mistaken information could arise from poor research and misinterpretation or it could be an intentional attempt to mislead the public. To better understand the subject, let us retrieve the many intentional attempts to mislead international community about what really happened in Eritrea by ignoring many relevant facts. Ignoring the basic and fundamental tenets of scientific reasoning and analysis, regional and international as well as humanitarian organizations forged corrupt and untrustworthy manufactured allegations against Eritrea. They intentionally mislead the public by suppressing the reliable data and upholding faulty and manufactured data. The recent farcical and ignominious news broadcasted by Aljazeera about Egyptian military presence in Sawa is a case in point.

The unjust sanctions were imposed on Eritrea only after relevant facts were systematically ignored and only after the long and careful efforts to deceive the international community were effectively employed. The true facts and sound principles of Eritrea characterized by self-reliant development strategy coupled with peaceful, cooperative and noninterventionist foreign policy were overshadowed by manufactured and insidious information that connect Eritrea with terrorism and aggressive behavior. For the architects of disinformation it is easy to deceive “The bewildered mass.” They provided polluted information poisoned by lies, knowing that the hungry mass, having no other option at its disposal can be fed it indiscriminately. In this case the art of deception celebrated a vile victory that later vanish in the face of reality. The time has come when diligent observation and reflection bring to light things which in the past remained hidden. A wind of truth starts blowing in the blue sky to cast the dust of disinformation hovering over Eritrea. We must develop a critical thinking to identify the truth. While it is often said that going after winds of lies is unproductive and silence is the best response, we must constantly expose the duping and tricking information. In a time when societies are drowning in tsunamis of lies, we must recite the warning truth aloud to defend our fellow citizens.

It’s better to become uninformed and an honest ignorant than be infected by the spreading falsehood to become misinformed. The point of the incessant disinformation lunged toward Eritrea isn’t only to deceive or push an agenda. It is to exhaust our critical thinking and to annihilate the truth, Eritrea’s “regime of truth.” In arithmetic, two half halves make one whole. But in the case of truth two half-truths don’t make one whole truth. The purpose of the many fragmented and half-truths and conflicting news and rumors were not to inform the public or introduce Eritrea to wider audience. It was systematically calculated and produced to mislead the public. The purpose of the distorted news manufactured by Aljazeera and other news agencies about Eritrea is, to use Noam Chomsky’s phrase, “to create uninformed consumers making irrational choices.”

Even though we are starved of true information we shouldn’t be tempted to satisfy our hunger by swallowing everything. The poisoned and polluted information have two equally terrible mental effects: one is emptying the mind; and the other is clogging and poisoning the mind. The disinformation flu is now causing large numbers of easily preventable deaths. Meticulous and patient observation, inward looking, weighing and questioning of information are some of the proven vaccines or antibiotics that prevent the disinformation flu. Until all such kind of antibiotics develops within every citizen, concerned bodies should preserve to update and inform the public.

For many years after the second Ethiopian invasion (1999_?), Eritrea has become subject to demonization largely through distortion and manipulation of facts. Strangely, the reality has been stolen from us and replaced with guilt inducing lies. Ethiopia succeeded for a while in hiding the most important fact about the so called boundary conflict which, in fact, is an Ethiopian war against Eritrea in Eritrea. In June 1998 president Issaias Afwerki, in his statement to AU, dismissed Ethiopian accusations and explained that “Ethiopia’s shrill and offensive language is designed to drown the fact in a sea of accusations”. There’s no equivalency between what has been said and the reality of Eritrea. There is no single Eritrean soldier that crossed the international frontier at any point. It was Ethiopian, not Eritrean troops that crossed the border of another, sovereign country, including Eritrea and Somalia, in breach of the principles of international law. It was Ethiopia that blatantly rejected agreed principles and court decisions of the boundary commission and still occupies Eritrean territory. However, as it was said “A lie told often enough becomes the truth.” As a result, Eritrea was reprimanded several times while the guilty Ethiopia was praised. Therefore we must prove the other fact that “Repetition does not transform a lie into a truth.”

Lies often times paralyze the mental strength and intellectual muscle of humans that can only be doctored by mental gymnastics. We live in an age full of information, yet we are deprived of accurate information. Selection and filtration of information are required for our mental health. We live in strange ages of flooding information and passive consumption where people who dare to tell the truth are called crazy and fools.

Correction of disinformation would have a considerable effect in the promotion of the national interest of Eritrea through understanding, informing and influencing the international community. Combating disinformation means inducing and reinforcing the true image of Eritrea and forging foreign attitudes favorable to our terms. Since disinformation has a potentially more damaging effect than ignorance, debunking the deceitful myth is important. In this battle teachers have great role to play by giving students an opportunity to develop critical thinking, encouraging students to skeptically assess empirical evidence and draw valid conclusions from the evidence. The PFDJ, as a broad based national front and mass political organization, has a lot to do in filling the gap and fixing the wrong. People are waiting for the resurrection of the monthly magazine “Hdri” and the monthly leaflet that provide readers with national, regional and international events. The Ministry of Information also has to introduce programs that include talks and debates on important and timely events that happen inside and outside Eritrea.

Protecting our individual and collective socio psychological wellbeing from being defiled by lies and distortions requires a comprehensive effort. We must shelter the mind of our citizens from the disinformation flu that is ravaging the mind of millions. Let’s construct a mental fortress against lies, distortion, manipulation, mind control, psychological warfare and brainwashing. The Holly scripture has a word of wisdom that goes “but test everything; hold fast what is good” (1thess 5;21). It continues “Beloved, do not believe every spirit, but test the spirits to see whether they are from God, for many false prophets have gone out into the world” (1john 4;1). The Holly Quran also advises readers to distinguish truth from falsehood: “And do not mix truth with falsehood, and do not conceal the truth while you know” (2; 42). For truth to triumph over falsehood we must not silently keep the truth. So far, we the people and government of Eritrea have foiled military invasion, and economic and political conspiracy intended to undermine our sovereignty. But we didn’t perform well in combating distorted information. We must propagate and hurl the truth against any falsehood fabricated against the reality of Eritrea. In order to protect ourselves from the rampant disinformation flu we must be prudent, and seekers of not pleasing but accurate information.