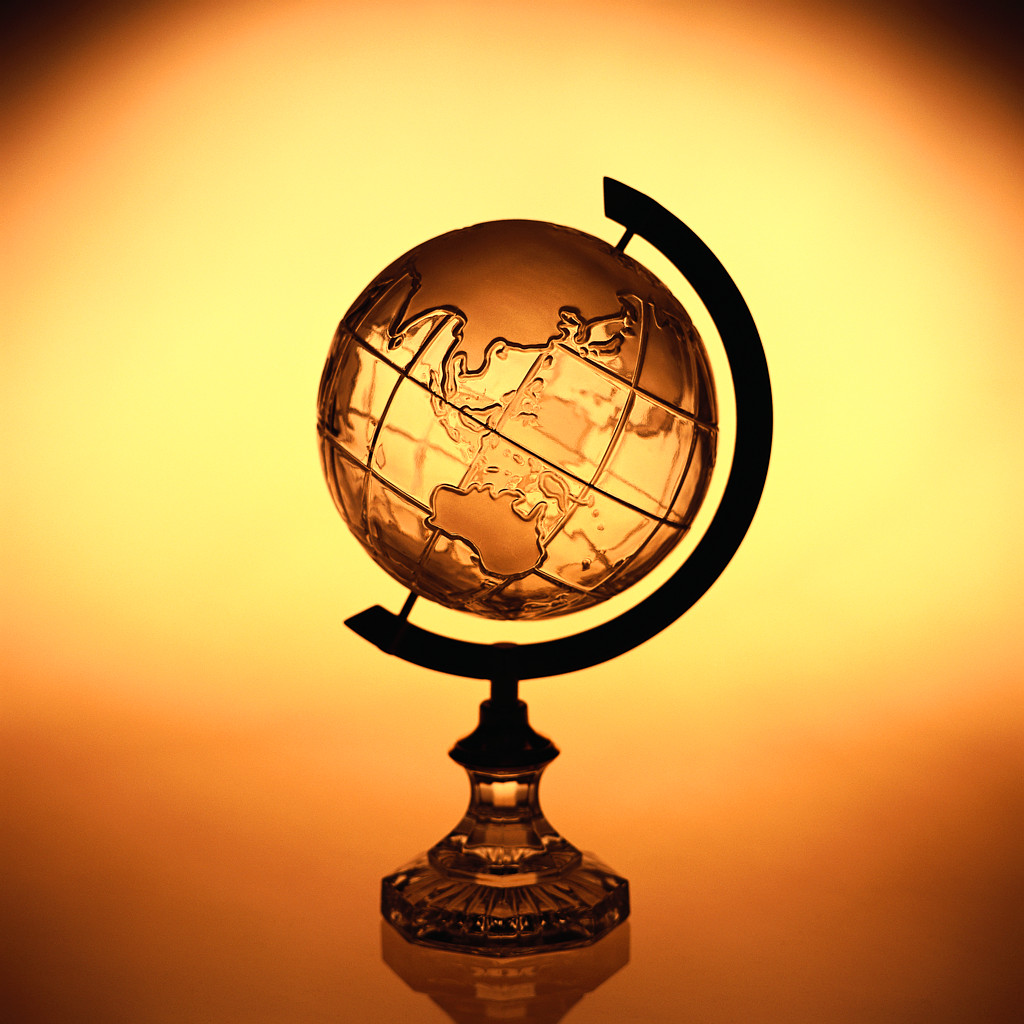 As the flagrant invasion over Eritrea, which was carried on from May 1998 to June 2000, was dealt a blowing re- buff, it is to be noted that a comprehensive peace agreement aimed at resolving the alleged border dispute was concluded in December 2000 in Algiers. The Algiers Agreement was reached following the mediation by representatives of the international community–the United Nations and African Union–to which the US Administration, the European Union and the Government of Algeria are signatory guarantors for the said accord to enter into effect.

The Algiers Agreement is a treaty by which a five-mem- bered neutral Boundary Commission was established with a mandate to delimit and demarcate the colonial treaty bor- der based on pertinent colonial treaties (1900, 1902 and 1908) and applicable international law. The Eritrea-Ethiopia Boundary Commission–EEBC–formed subsequently in ac- cordance with the terms and conditions of the Algiers Peace Agreement, rendered its delimitation decision on 13 April 2002 after a lengthy litigation process between the parties over a period of 14 months.

What should have come next to the EEBC ruling was de- limitation of the border. According to the time frame set by the Boundary Commission, final delimitation should have taken until November 2003, thereby closing the adversarial case. Nevertheless, blatant agenda of keeping Eritrea hostage to continued military tension has obstructed implementation of the EEBC Decision. Those hostile acts were, however, not limited to thwarting the delimitation process. Boundless pressures were imposed in order for the Boundary Commis- sion to get derailed from the legal course. Consequently, the Boundary Commission was compelled to undergo trying moments in the effort to fulfill its mandate.

Faced with insurmountable Ethiopian obstructions, and undertaking its responsibility under the Algiers Agreement, the Boundary Commission ended its operations on 25 Au- gust 2008 by filing its twenty-seventh and final report to the Secretary-General. The Commission concluded its work on delimitation and demarcation of the Eritrea-Ethiopia border in November 2007 using modern techniques of image pro- cessing and terrain modeling in conjunction with the use of high resolution aerial photographs by identifying boundary points both through grid and geographical coordinates.

In a letter to the parties and the Secretary General of the UN, the Commission solemnly concludes: “It hereby determines that the boundary will automatically stand as de- marcated {virtually} by the boundary pillars hereto and that the mandate of the Commission can then be regarded as fulfilled.” Subsequently, signed copies of 45 maps on a scale of 1:25,000 containing the demarcation of the boundary by coordinates were sent to the parties on Novem- ber 30, 2007. A copy was also deposited with the United Na- tions as well as another copy for public reference is retained in the Office of the U.N Cartographer.

In his Report of January 22, 2007, UN Secretary General stated: “Ethiopia’s refusal to implement – fully and without preconditions – the final and binding decision of the Bound- ary Commission remains at the core of the continuing dead- lock”.

In its 16th report to the United Nations, the Eritrea-Ethi- opia Boundary Commission on its part wrote: “Ethiopia is not prepared to allow demarcation to continue in the man- ner laid down in the Demarcation Directions and in accor- dance with the timeline set by the Commission. … Ethiopia proposes that “an alternative mechanism to demarcate the contested parts of the boundary” be set up. Such an alterna- tive mechanism would involve a departure from, and thus an amendment to, the terms of Article 4.2 of the Algiers Agree- ment, which gives the Commission the mandate to demar- cate the boundary. Moreover, Ethiopia’s reference to “the contested boundary” can only be understood as a reference to those parts of the boundary to which it alone and unilater- ally takes exception: no part of the boundary is “contested” by both Parties.”

As it is articulated in the Algiers Agreement Article 4 Paragraph 15 and Article 5 Paragraph 7, the Eritrea Ethiopia Boundary Commission (EEBC) has unanimously delivered its Final and Binding Delimitation and Demarcation Deci- sions and November 2007, and therefore, there is no con- tested or disputed border between Eritrea and Ethiopia.

The Boundary Commission also gave its testimony in its final report that no acts whatsoever, other than the failure to discharge responsibilities by representatives of the in- ternational community and guarantors of the Algiers Peace Agreement throughout its mandate, have been committed by Eritrea. Eritrea, in a letter dated July 1, 2008, and addressed to the Eritrea-Ethiopia Boundary Commission, stated that Ethiopia’s unfortunate refusal to cooperate with the Bound- ary Commission in the task of delimitation would by no means rule out the final and binding nature of the Award.

In the wake of Ethiopia’s repudiation of abiding by the law, the Government of Eritrea confirmed to the President of the Commission that Eritrea has received signed cop- ies of 45 maps on a scale of 1:25,000 containing the demarcation of the boundary by coordinates sent to both adversarial parties and the UN pursuant to the final Award of the Boundary Commission, as well as asserted that Eri- trea regards the Commission to have fulfilled its mandate. Accordingly, the Commission’s mandate is deemed to have been fully executed. In the same spirit, Eritrea reiterated in the letter that it would, in pursuit of its legal right, carry on to push the UN Security Council to bring the invasion over sovereign Eritrean territory to an end. Eritrea also lauded the Commission to have undertaken its mandate as per the terms of the Algiers Agreement under such debilitating cir- cumstances.

The supposedly border dispute between Eritrea and Ethio- pia is thus an Award concluded 11 years ago and virtually demarcated six years ago. As the Commission pointed out in its final letter, any encroachment whatsoever towards the legally demarcated Eritrean territory is answerable and tan- tamount to occupation. To date, in stark violation of interna- tional law and its obligations under the Algiers Agreement, Ethiopia continues to occupy Eritrean territories. The people and Government of Eritrea shall maintain the unflinching legal national rebuff against such unwarranted acts by the invader.

The violation against and rebuke of the international legal instruments witnessed in the implementation of the EEBC Decision is an embarrassing account of the so-called civi- lized conventions of the international community. Despite the United Nations, a linchpin that assumed responsibility as a guarantor and witness of the Algiers Agreement, is to blame for the complications created in the implementation process of the EEBC’s mandate and the resulting repercus- sions in the peoples of Ethiopia and Eritrea, the US Adminis- tration, which is using the UN as an instrument, is primarily answerable to the role Washington played at short-circuiting the implementation of the demarcation for reasons it is well aware of. This fact is endorsed by John Bolton, former US Ambassador to the UN.

Ambassador John Bolton, former US Permanent Repre- sentative to the UN, in his book “Surrender is not an Op- tion: Defending America at the United Nations”, recounts how a US initiative to render the Algiers Agreement useless was being forwarded by the Department of State and pushed in the UN Security Council. In regard to the border issue between Eritrea and Ethiopia, he noted:

“I certainly had no favorite, but it seemed that Eritrea had a point. Ethiopia had agreed on a mechanism to resolve the border dispute in 2000 and now was welching on its deal in flat violation of its commitments…I said we should solve the problem and not let it fester forever, France, Japan and sev- eral other Council members agreed with me… For reasons I never understood, however, [Jendayi] Frazer [then Assis- tant Secretary for Africa] reversed course, and asked in early February [2005] to reopen the 2002 EEBC decision, which she had concluded was wrong, and award a major piece of

disputed territory to Ethiopia. I was at a loss how to explain that to the Security Council, so I didn’t, simply asking in February for another thirty-day extension of the UNMEE status quo while the “U.S. initiative” continued.”

Information the online group WikiLeaks recently released only reaffirmed the fact the people of Eritrea is already mind- ful of. It further points out that at a meeting the representa- tives of the US, Britain, France, Germany, Italy and Sweden held in November 2009, the US representative, beyond stat- ing Ethiopia is an indispensable ally of the US in East Af- rica, underscored that this same administration would want to sustain the border dispute frozen. Even though these facts count upon official documents of the US, the Administration in Washington has been forwarding tremendous military, economic, political and diplomatic nurturing to the subser- vient regime that has been trampling on the rule of law at its bidding. The UN Security Council, more often than not, imposed sanctions unabashedly on Eritrea at the behest of the US for questioning the rule of law and international legal instruments.

Accounts of the past 11 years recount in a nutshell ut- ter failure of the parties, especially the United States, that have been indulged in flagrant violation of international laws and charters on multiple standards for geo-political interests through engaging in vicious cycles of subversion of the rule of law. At a time when the consciousness of the Eritrean people has been proven outmaneuvering to all acts of conspiracy, attempts resorted to subversion of the rule of law are as yet underway. But being on the run through the avenue of miscarriage until when?