By Ministry of Foreign Affairs,

For over two decades the collapse of the Somali state has caused untold suffering to the people of Somalia, aggravated regional conflict and instability and spawned problems with wider ramifications.

Over this period man 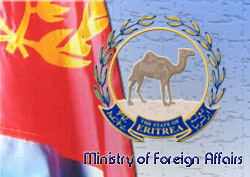 y attempts at finding asettlement have been made- some by Somalis, many more by external actors. Whatever the merits or demerits of these efforts, it is undeniable that the Somali problem continues to fester. Hence the need for a sober and honest assessment of past experience and the adoption of a courageous and effective approach that gives primary focus to addressing the root causes of the Somali crisis.

The experience of the past two decades has repeatedly and amply demonstrated that only Somalis can find an enduring solution for themselves and their country. Clearly what is required is a Somali-owned and Somali-driven political process. The people of Somalia should be allowed the political space and time to hammer out among themselves a political arrangement that serves as the basis for peace, stability and development. Their right to set their own agenda, draft their own documents select their representatives and elect their leaders must be acknowledged and respected. External actors, even those most friendly and sympathetic to Somalia, need to resist the urge, no matter how tempting or “expedient,” to act on behalf of the Somali people, as such an approach has been repeatedly proven to be counter-productive.

The political process should not exclude any Somali formation or group that wishes to partake in the process. Nor should it be held hostage by or become beholden to or dictated by any formation or group. It will not succeed if it is limited to or focused on central and southern Somalia, but must include Puntland and Somaliland.

The ultimate aim of the political process has to be the reconstitution of Somalia and the establishment of an effective sovereign government that upholds the interests of the Somali people. This requires, among other things, resolving the issue of Somaliland, which considers itself an independent, sovereign nation, although it remains in limbo as the world only recognizes it as part of one Somalia, even as it applauds its achievements over the past two decades.Clearly, the optimal solution would be the reconstitution of a united Somali state, inclusive of Somaliland, in an arrangement, acceptable to all Somalis. Alternatively, if Somalis collectively agree on a solution of two viable states, their decision would have to be respected. Whatever the future holds, the participation of Somaliland in the political process is important for a durablesettlement of the problem of Somalia.

A Somali-owned inclusive political process will be difficult, complex and protracted. It may lead to the emergence of political arrangements and leaders that may not be most favored by one or another external actor. But there really is no workable alternative and if it is steadfastly pursued and encouraged, progress can be achieved as the Somali experience itself attests.

There is a growing international conviction that a serious and credible political process is key to unlocking the Somali problem. And yet, this has not been matched by concerted and sustained action as the focus continues to be on military and counter-terrorism strategies that, despite the discouraging experience of the past, continue to consume disproportionate resources and energies. More critically, the military interventions of Somalia’s immediate neighbours, whatever their motivations, have to be brought to an end as they complicate and worsen the situation, fuel hatred and resentment, intensify and prolong the conflict and undermine the political process.

A Somali-owned political process does not preclude, but requires the help of an honest external facilitation process, whose role would be to enhance the environment for Somalis to sort out their problems and find arrangements that they can live with in peace and stability. To be successful, the facilitation group needs to be composed of representatives of countries and organizations that do not have their own vested interests in Somalia and be acceptable to all key Somali actors. The facilitators must be respectful of the choices of the Somali people and be prepared to persevere and sustain their efforts in a long and complicated process.

The fight against the scourge of piracy and terrorism is undoubtedly important and cannot and should not be ignored as these problems have not only compounded the suffering of the Somali people but have also caused severe harm to the Horn of Africa and the world. Yet piracy and terrorism must not be conflated with Somalia and should not be used to justify violations of international law and Somali sovereignty. It is also essential to recognize that previous interventions waged in the name of counter-terrorism have been thoroughly counter-productive. Ultimately, the effective remedy to these problems will be a lasting and fair political settlementand a credible political process will significantly contain them.

Intractable as it may seem, the Somali problem can and will be solved. The people of Somalia are capable of overcoming their problems, reconstituting their state and building their nation. They have repeatedly shown this capability in many critical junctures over the past two decades of crisis. They have not been fully successful yet, but this is due not only to their own shortcomings but incessant and often destructive, external military and political intervention.

The way forward for Somalia is thus clear- a Somali-owned and driven political process supported by an honest and effective facilitation process that empowers Somalis and wards off interventions that undermine their efforts.

Ministry of Foreign Affairs of the State of Eritrea
20 February, 2012
Asmara