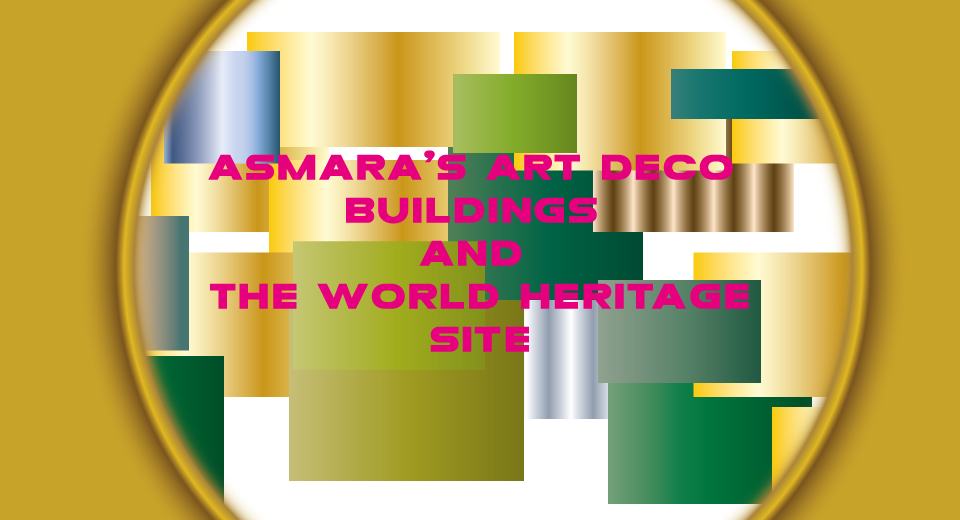 Man kind’s creative mind has placed the world at the apex of our contemporary era. Great architectural buildings like the pyramids, the Taj Mahal, the Great Wall of China are living examples of what the ingenuity of mankind can do to make this planet earth of ours a beautiful place to live in. Since early times man’s craftsmanship has changed the life of mankind forever.

According to Wikipedia, Art Deco owed something to several of the major art styles of the early 20th century. These formative influences include the geometric forms of Cubism (note: Art Deco has been called “Cubism Tamed”), the machine-style forms of Constructivism and Futurism, and the unifying approach of Art Nouveau. Its highly intense colors may have stemmed from Parisian Fauvism. Art Deco borrowed also from Aztec and Egyptian art as well as from Classical Antiquity.

Unlike its earlier counterpart Art Nouveau, however Art Deco had no philosophical basis it was purely decorative.

The feat of engineering of the colonial Italian Architects turned the City of Asmara into a modern city at the turn of the last century. During the 1920’s and the 1930’s Asmara enjoyed myriads of architectural constructions both for the professional taste and also as a command post for further colonial expansion in East Africa.

Any activity done professionally is very likely to include innovation. Such creative thinking motivated the architects of the 1920’s in a fierce competition to show their talents. When one admires Art one would admire nature in its entirety. Fashion designers, automobile designers, scientists, architects, sports professionals, archaeological and geographical sites are all collections of art. In every sector of a given activity, standards should be maintained and enhanced. We sometimes hear the collapse of some high rise buildings. Such mishaps could be attributed to the failure of adhering to any given standards, or there were no standards at all.

In Asmara’s art deco buildings of the 1920’s a single building,  the Fiat Tagliero, can be sited as a living example to the ingenuity of Engineer Giuseppe Petazzi. During the unveiling of the newly constructed building in 1939, Pettazzi is said to have put a gun to the contractor’s head and ordered him to remove the supports. Under duress, the builder complied and, to the astonishment of the crowd, the massive wings stayed up. What an amazing profession seventy eight years on.

All the fascinating art deco buildings of Asmara became a merit to the enlisting by UNESCO World heritage. It is a pride for the Asmarinos to have such fame.

While keeping the beauty of Asmara, many more architectural buildings could be encouraged, along with a professional standard measurement within the accepted standards. Skyscrapers of the 1920’s have been included in world heritage list. They are still standing admirably. A creative mind can continue to build much more significant architectural buildings that could stand erect for hundreds of years. For the architect and the builder it is a professional product. For the country, however, it is a pride of talent and, thus, will attract many admirers be it its citizens or foreign visitors. Local architects, engineers and builders would be motivated by such bold artistic style.

Quality standards can be defined, for example, in manufacturing, as a measure of excellence or a state of being free from defects, deficiencies and significant variations. It is brought about by strict and consistent commitment to certain standards that achieve uniformity of a product in order to satisfy specific customer or user requirements.

Quality standards demand serious thoughts of responsibility. It is a matter of focusing on precision and dexterity. This is usually controlled by Standard organization or any classification society. The lack of safety standards in the Grenfell Tower fire in London, as recently observed, has left 79 people dead. Had the building collapsed the disaster could have been catastrophic.

As one of its goals, the Eritrean Tourism Services Association wants to ensure that acceptable Standards are introduced and maintained in any service giving business activity. The more focus there is on acceptable Standards, the more the service provider will focus on clarity, precision and proactive approach on quality leverage. Quality approach is an ever growing style of activity for the service provider if his/her sales are to increase.

Asmara’s art decos have maintained the given standard that was professionally accepted during the turn of the last century. As a result, they are still standing majestically as if they were built yesterday. It is such fascinating scenery. As a modernist city ‘Asmara Bella’ has been a center of attraction for many architectural admirers and now that it has been enlisted in UNESCO world heritage, the flow of tourists is likely to continue in great numbers. It will only need its people to continue keeping the City they Love as tidy and clean as it has been for more than a century.

As it is commemorated every year, the International World Tourism day will be remembered on 27th September 2017 under the theme, “Sustainable Tourism – a tool for development”. The theme coincides with Asmara is enlistment at UNESCO world Heritage on July 2017. However, the “Eritrean Association of Tourism Services” will commemorate the event in its own context, under the theme “Asmara for Sustainable Tourism Development”. Asmara, the secret modernist city with all of its art deco attractiveness will remain a Pride for Eritreans in particular and for Africa in general.