Accepting Effective Criticism Is Better Than Tolerating It 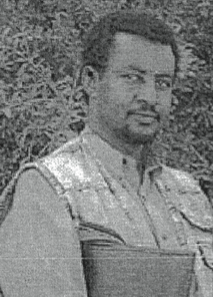 Journalist and Writer Abdelkadir Ahmed Tahir was born in Asmara, Embagaliano area in 1965. He grew up in Akria. He took his elementary lessons in Dia’e, his junior in Mahdere Brhan junior school and high school lessons in Keyh Bahri and Asmara Hafeshawi Secondary Schools. While he was still a grade 11 student, he started to work at his former school, Dia’e Elementary School and teaches there for 10 years. Then he was transferred to Emanuel Elementary and Junior School. Afterwards he joined  the Ministry of Information in 1992, and is now working there as a journalist and teacher of literature. Columnist Abdulkadir has made a brief interview with Haddas Eritrea Newspaper. Excerpts follow.

Could you please say something about your work experience?

In 1992 I read a vacancy announcement made by the Haddas Eritrea newspaper, and then I joined there in 27 April 1992.

What do you think was the reason that influences you to the field of Literature?

One day my father asked me about my future dream, and I told him that I wanted to be a driver, for he was a driver, however he slapped my face; and he asked me angrily why I didn’t say that I wanted to be a writer. Anyhow I started reading and writing when I reached grade 9. And I could probably be affected by literary works because I like drama plays and stories. Side by side, at that instant time, my father died, and I grew up with the

ull assistance of my uncle who established the Dia’e Elementary School; he studied in Cairo. He used to watch me over from the very beginning of my childhood. My room was full of books. The director of that school was also used to read whenever he got time, he could also be the second reason of my influence towards literature writing. I could definitely say that I developed my debating, reading and understanding ability because of him. That time, I used to buy two books each month, whenever I got my salary. As a consequence, I have a small library at my home.

With the potential you had, what progress did you get from teaching?

From experience, almost all the great writers of the world passed through the professions of teaching or journalism. I also had to do something to reach there, and I get my dream when Haddas Eritrea Newspaper made the vacancy announcement. I compete with so many people and became one of the first workers who joined the Ministry of Information, after independence. I worked with the Newspaper for almost 17 years.

Since then, I am working in the Ministry’s HRD as a journalism teacher, regarding literature writing and the techniques of news writing. Side by side, I write a column at the newspaper

with the title “Wey Seb Dekey”.

Could you please tell us about the columns you were preparing while you were working with the Haddas Eritrea Newspaper?

At first I was working at the news agency; I was preparing news. Actually, it was a social work. I was hoping for the field Art to be included in the Newspaper. And the windows of opportunity opened for me, in the year 1999-2000, and we started to write a column with a title” Revival of Art.” And then we established another column named Science and Technology; it goes on like this, you started one column and then shifted to another, and others continued over there. There were also some other articles that were started by others that I took them over like, “ Kabzn Kabtn( Here and There)”, “Hanti Alem( One World)”, “Getsat Hiwet( Life Countenance)” , among others, especially, Getsat Hiwet it the one of the Topics I adored most, it’s really inspirational.

It could be the scope of the articles that fascinated me more. Life countenances are like a mirror where we see our own self in particular and our society’s reflection in general. I was eager to see that column to present different issued from all the six zones; I didn’t want the topics to be restricted in Asmara, or the Central Region only.

Could you please tell us something about the main issues that were written in that column?

For instance, the struggle for independence didn’t only bring about economic destruction; it also dispersed so many families. So there are many people who found their families through this column, for example, Hana who came from Egypt, Intisar from Holland,

Bedredin from Sudan, among others. It also presents about physically handicapped people, for example, about one family which has five visually impaired members in Afabet. There was also one family which has three visually challenged members in Mai Dma. After that, when it was decided that Haddas Eritrea Newspaper should also be published on Mondays, we started another column with a title, “Wey Seb Dekey”, in addition to my current job; and it is still progressing.

It’s known that the column “Getsat Hiwet” have so many readers, there was also times which demands in making extra copies of the Newspapers, what do you think was the main reason?

Especially in the article,

Gioursis Guzo Hamsa Amet Hiwet Nmnday” that was presented every Saturday, which continues for more than 14 episodes, the feedback was extremely high because it was unique in its content. It was about a man by the name Giorgis who travelled for 50 years almost all over the world to find a cozy life, to get his treasure. Such series topic was not practiced in Haddas Eritrea Newspaper and that it was the first series article which discussed about social life. From the readers’ feedback, I could learn that the number of copies was increased every week. The main objective of the column was to help out these who have no one to be there for them through mass media, and that story, Giorgis’ story started from this point of view. At the last episode, we put some amount of bank account at the corner of the Newspaper, so as for him to get some money, and I could remember that there was a quick response from all the people who read the article from all corners of the world; inside and outside the country, especially from the Southern Region.

So many readers also started to ask if the story could be written in a book level. And the book was published after 7 years by the consent of Ministry of Information. There was something that inspired me more, it was in 2009, there were youths in Barentu who were selected from all the six sub-zones, and while I was giving them a lecture about literature, one of the youths who came from Gogne sub- zone asked me where the book, Giorgis Guzo Hamsa Amet Hiwet Nmnday was, after he knew that I was the writer of that article, and I asked him if he had already read it, but his response was negative.

He told me that when he was a little he used to buy a Newspaper every Saturday for the members of Eritrean Defense Forces who were assigned in their area. He said that he was impressed by the soldiers when he heard them discuss about that topic whenever they finished reading, and that he was eager to know its content. I told him that it was not published as a book yet, and that it was just only accessible in the newspaper. His response was amazing that he said it’s better to say that the article’s whereabouts is in a goat’s stomach, if it was only available in a newspaper, and reminded me to published it and that was one of the most ever motivational feedback that I have ever got.

What can you share with us about the column that is published every Monday?

informative and entertaining, and I got the opportunity to write when it was determined for the newspaper to include series stories that covers about social life as a whole. And I launched the column “Wey Seb Dekey”, 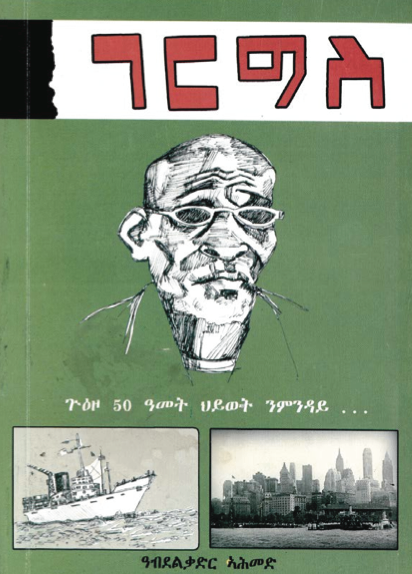 From your experience what could you say to the youths who have the talent to write?

Basically, it’s fortunate of you to identify your talent at the early stage of your age. You just need to read and read, you have to be a good reader so as to know and be aware of what is happening in your society, and of what is going on in this contemporary world. We can learn from informal reading that is from what our parents, elders, and our friends are saying. The world is providing so many books of different aspects. And the formal one is the information we get from reading. You should also be optimistic to accept your fault. Accepting supportive criticism is better than tolerating it. If you think that the feedback you get is

helpful, you need to grab it by your ears and then swallow it, but if you think that it is nonsense aimed at humiliating you, you don’t have to worry; you just have to throw it away. As Fokler said, there is a need for 99% of discipline, 99% of hard work and 99% of innate, and I would like to add 99% of tolerance in this field; side by side to the love and willingness to work, for these have also basic importance.

Any courses you take in this field?

In 1997, I took a course of journalism for one year, in the University of Asmara. And I studied Developmental Journalism in India for 4 months, in 2002. The other knowledge comes from experience. Since I was a grade 10 student, I have started to buy books. I have already made my own curriculum, and I am making tremendous effort toward developing my language, especially the language that I use for writing, and also English and Arabic languages.

Tags: Accepting Effective Criticism Is Better Than Tolerating It